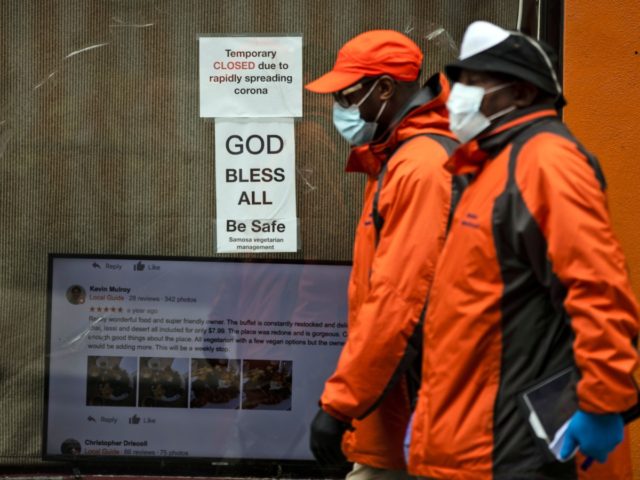 Will the U.S. Senate act swiftly on the new legislative plan?

As the nation’s Center for Disease Control (CDC) tracks the spread of COVID-19, by mid-May, at least 1.6 million infections and over 92,000 deaths occurred. This data includes all 50 states, the District of Columbia and the territories of Guam, the Northern Mariana Islands, Puerto Rico, and the U.S Virgin Islands.

At the same time, the Bureau of Labor’s most recent unemployment data for the month of April showed that over 36 million people have filed for unemployment and affected all major employment groups. One bit of data also showed that Black America’s unemployment rate of 16.7%   was surpassed by that of Latinos at 18.9%.  Similar data for others showed that of Asian-Americans to be 14.5% and whites at 14.2%.

Further and according to a survey published on May 14 by the Federal Reserve Board on the COVID-19 pandemic, as of early April:

In sum, the economic effects of a raging pandemic are affecting people of all races, backgrounds, and educational levels. And an unfortunate pattern continues: families hardest hit by the Great Recession are again disproportionately affected.

Speaking on behalf of the 12-million strong American Federation of Labor and the Congress of Industrial Organizations, more commonly known as the AFL-CIO, Richard L. Trumka , its President sent a May 15 letter to Congress that spoke to the real-life concerns of working people.

“Don’t tell us we should wait a little longer for the unemployment benefits we earned or the health insurance we deserve,” wrote, the AFL-CIO’s Trumka. “We have waited long enough.”

“Don’t tell us we should sacrifice our pensions,” he continued.” Don’t tell us states should go bankrupt or that federal relief is a blue state bailout. We are all vulnerable, and this nation deserves better.”

Later that day, a new $3 trillion legislative initiative known as the HEROES Act, passed the U.S. House of Representatives on Friday, May 15 on a 208-199  vote, and awaits review and action by the U.S. Senate.

But how swiftly will the upper chamber move on the new COVID-19 plan? And how many Senate amendments will strike at key provisions passed by the House?

Introduced on May 12 by New York Congresswoman Nita Lowey, the HEROES Act had 11 co-sponsors representing the additional states of Arizona, California, Massachusetts, New Jersey, and Virginia and provides a broad assortment of new and renewed assistance targeted to essential workers, first responders, minority-owned and other small businesses, students, the homeless and others.

For example, housing concerns for renters, homeowners and the homeless in the HEROES Act would extend the CARES Act’s previous moratorium on evictions and foreclosures. But it would also provide new housing assistance with $100 billion in emergency rental assistance, $75 billion for homeowner assistance, $11.5 billion in homeless grants and expand Section 8 vouchers with a $1 billion revenue infusion.  The bill also includes $500 million for Section 202 Housing for the Elderly, $100 million for housing counseling, and $14 million for fair housing activities.

Similarly, debt collections against either minority-owned and other small businesses or consumers would be suspended during the pandemic. Consumers would not be subjected to negative credit reporting and debt collection, while the Federal Reserve would be required to make low-cost, deferrable loans to small businesses, nonprofits, and public universities. Nonprofits serving low-income communities could be eligible for these loans to be forgiven.

Before the early evening House vote, multiple stakeholder groups spoke out in support of the bill.

For Abby Shafroth, an NCLC attorney, criminal justice issues were a particularly key part of the legislation.

“The last thing that we need right now is to have people in unsafe prisons and jails for the crime of being poor,” said Shafroth.  “By prohibiting the government from incarcerating people for nonpayment of debts, restricting the use of money bail to detain poor people who have not been convicted of a crime, and incentivizing state and local governments to suspend imposition and collection of fines and fees during the crisis, the HEROES Act protects people from being imprisoned or trapped in the broken criminal justice system merely because they are unable to afford a debt or a fine.”

Before House voting began and speaking on the chamber’s floor, Chairwoman Maxine Waters of the House Financial Services Committee summarized the feelings of many citizens and lawmakers alike.

That advice needs to be heard in the Senate, where the bill’s outcome is unclear. Although the House inserted provisions to address wide-ranging concerns, there is no guarantee that the Senate will act promptly or as generously.

Even so, the Center for Responsible Lending (CRL) remains hopeful that the act will not only be preserved; but strengthened.

“However as amended, the bill curtails its original, inclusive plan to cancel $10,000 of debt for all federal and private student loan borrowers,” added Harrington. “These cancellation provisions are unmanageable and inequitable – they won’t help many of the student loan borrowers due to its structural flaws that exclude millions from getting relief.”

Harrington also noted how the HEROES Act fails to include “important safeguards against high-cost lending and abusive overdraft fees” during the crisis.

“The Senate should act swiftly to include these additional consumer protections and ensure that all those with student debt are able to benefit from debt cancellation,” concluded Harrington.