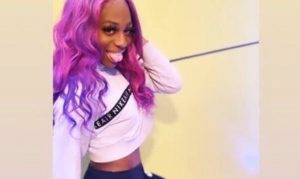 NEW YORK — Brayla Stone, a 17-year-old Black trans girl, was murdered in Sherwood, Arkansas near Little Rock on June 25. According to friends she enjoyed experimenting with music, some of which she uploaded to her personal YouTube channel. Her killer has yet to be identified and members of the media continue to discredit her — using the wrong pronouns and refusing to honor that Brayla Stone should be remembered as she showed up in the world. In response to this tragic news, Executive Director of the National Black Justice Coalition David J. Johns released the following statement:

“Brayla Stone is the 8th transgender person killed in the last seven days. Brayla Stone was seventeen years young when someone murdered her because we live in a society where it is not yet explicit that when we say BlackLivesMatter we mean all Black lives, which includes Black trans women and girls.

“Brayla Stone was seventeen when she was murdered. The average life expectancy for a Black trans woman in the United States is around 35 years of age and in 42 states and the District of Columbia it is still legal to murder a trans person under the ‘gay panic defense.’ A man has bragged about killing Brayla for $5,000 on Snapchat saying it was ‘money well spent.’

“In the last two weeks the current occupant of the oval office signed an executive order revoking health care discrimination protection for trans people. In the last two weeks the SCOTUS rendered a decision affirming the right for trans people to be able to work without being fired for actual or perceived sexual identity, gender orientation, and gender expression—legal protections that don’t mean as much if trans people aren’t hired and when Black trans girls and women are murdered with impunity. This must end.

“Both the continued tragic and often silent loss of Black trans, Black queer, and Black non-binary lives as well as the continued adultification of Black girls should be lost on no one—especially as we celebrate the 51st anniversary of Pride and the Stonewall resistance; as mostly white reporters and the white-led media outlets they work for write think pieces about all of the gains white gays have claimed, and as people continue to risk their lives to demand for shifts in policy and practice that acknowledge and protect all Black Lives, especially Black trans women and girls.

“To help ensure justice for Brayla Stone call Sherwood Police Chief Jim Badwell at 501-835-1425 and demand a complete and public investigation that honors and respects Brayla Stone and the many ways that she showed up in a world that owes her, and other Black trans women and girls so much more.”