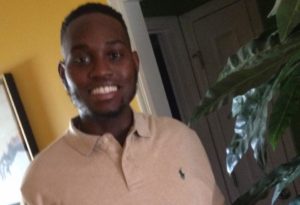 “The vigilante behavior that we saw in Brunswick is unacceptable in a civilized society. We call on the officials in Brunswick to enforce the rule of law so that it can be safe for citizens to walk the streets,” said Andrea Young, executive director of the ACLU of Georgia. “Ahmaud was killed three days before the anniversary of the 2012 killing of Trayvon Martin. Both incidents are a reminder that white supremacy has been a foundation for our country and leads repeatedly to the targeting and harming people of color, particularly African Americans.”

Background
Once again, an unarmed Black man has been killed needlessly while merely running through the wrong neighborhood at the wrong time. Disturbingly enough, recently released video shows that Ahmaud Arbery, an avid runner, was simply jogging through Glynn County when Greg McMichael and his son Travis McMichael noticed, grabbed their weapons, and hunted him through their neighborhood before murdering him on camera in broad daylight.

The fact that no one was charged or arrested in connection with Ahmaud’s murder, which occurred in February, further reinforces that notion.

Ahmaud’s murder was not only unwarranted but also criminal. The ACLU is calling for full transparency and accountability from the Glynn County Prosecutor and for charges to be brought immediately against those responsible for his murder.

There is no reason why a Black man should live in fear of being gunned down in broad daylight while working out or be aware that if that were to happen that justice would fail to be brought to his family or community writ large. Anything short of immediate action demonstrates complete lack of respect for human life. #JusticeforAhmaud