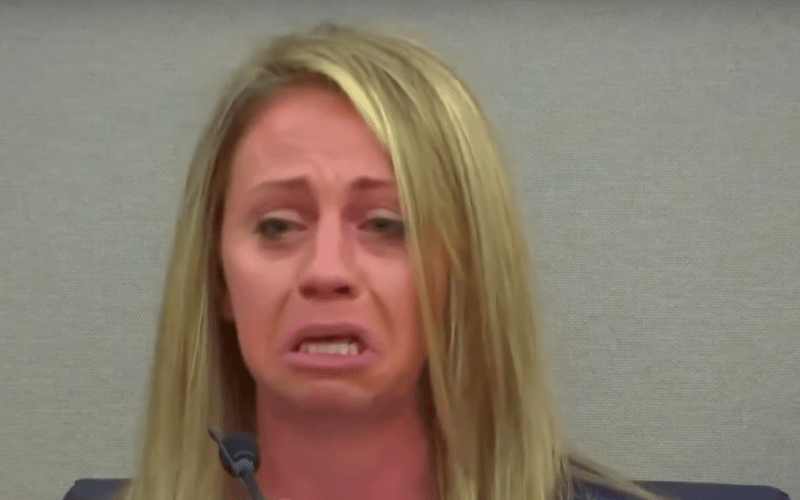 It was a long time getting to Tuesday and the conviction of former Dallas police officer Amber Guyger for murdering an unarmed Black man in his own home.

And on Wednesday when the disgraced former police officer’s sentence of 10 years was passed down, the process appeared to move to hastily, allowing jurors to consider a lesser charge in the sentencing phase which could have seen Guyger receive up to 99 years for the murder of Botham Jean.

But reports which surfaced during the trail indicate that the callous and reckless behavior that got Guyger to this point had been a longtime in the making.

Prosecutors revealed during the highly anticipated and closely scrutinized trial that Guyger previously made racist jokes about Martin Luther King Jr.’s assassination. According to screenshots presented during the trial, the former cop sent the messages to a friend on the annual celebration of the slain civil rights leader’s birthday, January 15, 2018 while working as a security guard at a parade honoring Dr. King.

The text message exchange shows a friend asking Guyger when the parade would end.

Guyger then replies to the friend, saying “When MLK is dead…oh wait….”

In another text message, Guyger complained about the length of the parade.

“Jeez. Two and a half hours, on three hours of this,” Guyger said.

The friend, identified as Blevins in the text message, says “Just push them…or spray your pepper spray in that general area.”

Guyger was having a conversation with her extramarital lover, Martin Rivera, when she made the comments about Black officers.

“Damn I was at this area with five different Black officers!!! Not racist but damn,” Rivera wrote in a text message to Guyger.

“Not racist but just have a different way of working and it shows,” Guyger replied.

Another post reads “I wear all black to remind you not to mess with me, because I’m already dressed for your funeral.”

Guyger also wrote a comment, saying “Yah I got meh a gun a shovel an gloves if i were u back da f**k up and get out of meh f**king ass.”

Guyger is facing up to a lifetime in prison after being found guilty on Tuesday for the murder of Jean.