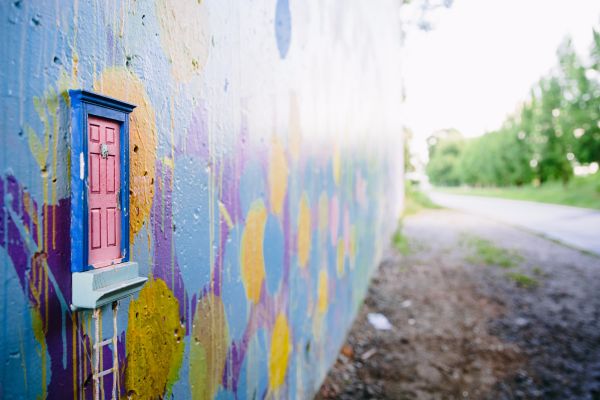 Annual Exhibition launches this summer and runs through 2020

The tenth anniversary of the exhibition will feature a variety of sculptures, murals, and events and performances, including the second iteration of BeltLine Walls. Muralists will paint between the days of July 21 through August 3 on the Northeast Trail behind Mason Fine Art gallery. The period will culminate in a festival to celebrate Art on the Atlanta BeltLine on August 3.

Additionally, Art on the Atlanta BeltLine’s beloved Lantern Parade will return on Saturday, September 21. Mark your calendar for a night of magical night of light, color, and music as we parade down the Eastside Trail in the evening. More details will follow as the event draws closer at art.beltline.org/lantern-parade. The Lantern Parade features Chantelle Rytter and the Krewe of the Grateful Gluttons. The complete list of selected artists is below.

“Art on the Atlanta BeltLine is an intersection of community, public art and diverse self-expression,” said Clyde Higgs, President and CEO of ABI. “For ten years, we’ve brought the exhibition to the neighborhoods along the Atlanta BeltLine corridor, reflecting the culture of each community and presenting art that is accessible and varied.”

“For a decade, the City of Atlanta has supported the Art on the Atlanta BeltLineexhibition, recognizing its importance in weaving together the culture fabric of BeltLine communities,” said, Camille Russell Love, Executive Director of the Mayor’s Office of Cultural Affairs.

Submissions for Art on the Atlanta BeltLine were reviewed by a diverse jury panel. A final review was conducted by the BeltLine Public Art Advisory Council.

Major support for this project is provided by the City of Atlanta Mayor’s Office of Cultural Affairs. Major funding for this organization is provided by the Fulton County Board of Commissioners. This project is also supported in part by an award from the National Endowment for the Arts. To find out more about how National Endowment for the Arts grants impact individuals and communities, visit www.arts.gov.

Northside Hospital, Georgia Natural Gas, 10th and Monroe LLC, and Ponce City Market are presenting sponsors for the 2019 exhibition. Additional sponsors include The Atlanta Journal-Constitution, Park Tavern, Mailchimp, and WarnerMedia at the Gold level; Kroger and Children’s Healthcare of Atlanta at the Silver level; and Flashpoint Artists Initiative at the Patron level.

Selected artists are listed below by category.

A City for All (sculptures):

Stay abreast of Art on the Atlanta BeltLine announcements and events at art.beltline.org.