As police encounters increase, so does need for ‘The Talk’ 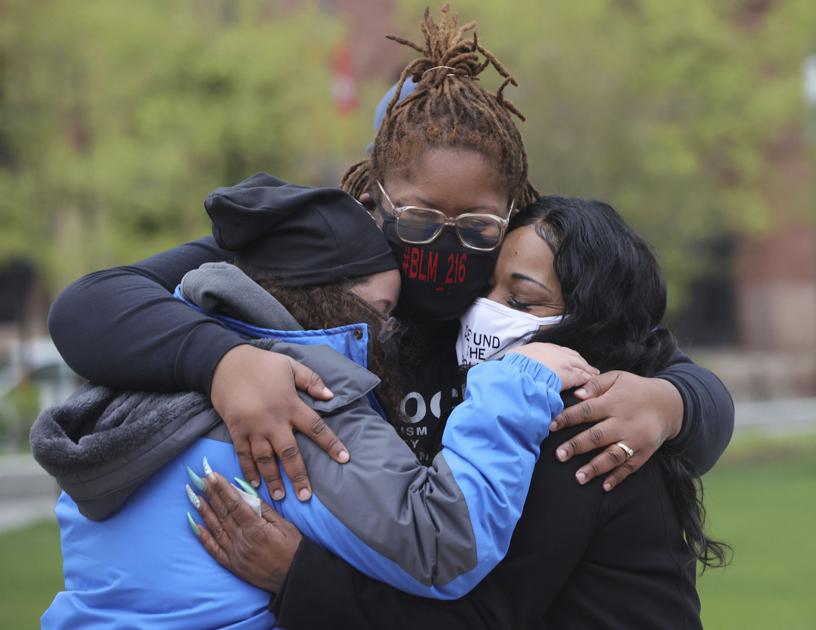 Eight-year-old Arriell Skye Williams was having “The Talk” with her father Antjuan Williams on a YouTube video created in 2020.

This is the talk that Black parents give their children — usually their sons — about how they should deal with the police if they encounter them.

On the video, she raised her hands above her head and then — prompted by her dad to pretend she was pulled over by a police officer — she positioned them on an imaginary steering wheel.

Without further prompting, she recited the words that were taught to her by her father during the video “talk.” The girl says: “I’m Arriell Skye Williams,” she says as if she was in front of a third-grade class. “I’m 8 years old. I’m unarmed. And I have nothing that will hurt you.”

The words, crafted by her father, were designed to keep her from ever becoming a victim in a police killing.

Other children like 12-year-old Tamir Rice, in Cleveland playing with a toy gun, had become “accidents” because of “mistakes” in which Black children were seen as threats by police.

Killing young Blacks (mostly males, but increasingly females) seems to have become an occupational hazard for police these days.

The accelerating pace of minority juvenile encounters with police means that African-American youth are increasingly crossing paths with those sworn to “protect and serve” in a world flooded with guns, drugs, racial profiling, feuds and “fake news” on the internet.

For these youth — especially in Black and brown inner-city neighborhoods — they must also navigate through minefields filled with teenage angst and real or imagined criminals.

Unfortunately, Black males have frequently found themselves seen as so-called “Gorillas in the Mist,” a description often used in the 1980s by police and white bigots to refer to Black males in inner cities. The image was derived from a 1988 drama film about naturalist Dian Fossey and the gorillas she tried to protect. The image became a metaphor used in the criminal stereotyping of Black males and “beasts” that police must face.

Many of the impressions of Black males are insinuated into television dramas and projected onto the big screen, confusing even young Blacks as to whether they are worthy of salvation in a biased United States.

According to 1998’s “The Color of Crime: Racial Hoaxes, White Fear, Black Protectionism, Police Harassment and Other Macroaggressions” by American academic Katheryn Russell-Brown, criminal stereotyping is based on the “demographic they [Blacks] are proportionally over-represented in the numbers of those that are arrested committing crimes.”

The statistics compiled by the FBI and others often fail to show that Blacks are stopped more often than whites on suspicion of crimes and often railroaded through an unfair criminal justice system that is weighted against minorities and the poor.

One legal scholar, Michelle Alexander, has referred to having U.S. prisons filled with minorities as the “New Jim Crow.”

One mother on the YouTube video with the Williamses tried to explain this.

“Before they were police officers, they were a person,” the woman told her sons. “That person took all his prejudices with him when he went onto the job. You have to be careful because the world is not always fair.”

She told her lighter-skinned son that he might not have the same problems as his brother because his skin tone and his curlier hair would allow him to avert the bias.

“There’s still a lot to be done,” Mia Griffin, 18, observed as she sat at an outdoor cafe Tuesday in Center City’s Dilworth Plaza.

The Derek Chauvin guilty verdict had just come down and the National Guard that had been positioned around City Hall was being escorted out by police motorcycles blaring sirens. The danger of riots against a not-guilty verdict for the former police officer had been averted.

“I try not to allow him to hear too much,” said Valerie Billups Morton, 57, gesturing at her 3-year-old grandson playing in a folding chair nearby. “I’m going to teach him more about society later … But I’m glad of the verdict.”

As Veronica Ramirez, 24, a day care teacher, walked with her two male toddlers down Market Street, she too was pleased by the verdict.

“My uncle is a cop. I told them not all police are bad,” she said while making sure the two boys, who are 5 and 2, did not wander into the street.

Ramirez said she has told the older one, Xayden, that it’s alright to be angry, but not to burn, loot or vandalize.

“I tell him when he sees stuff like people fighting for their rights it’s not OK to do damage,” she said.

As the cycle of police abuse continues, experts agree that “the talk” should be continued. Philadelphia adolescent psychiatrist Adrienne Clark recently told Chicago-based WBEZ that Black parents should not abandon these conversations with their kids about race and police.

She also said that it was important for parents to be honest with their kids from an early age and as they grow older.

“They’re likely to hear about police incidents anyway. They’re on the news, and everyone is talking about these events when they happen,” Clark said. “You want them to hear it from a trusted adult before hearing it from their peers and classmates.”

For these younger children, Clark said books like “Something Happened in Our Town: A Child’s Story About Racial Injustice” can help start the conversation. Published by the American Psychological Association, the story follows two families — one white and one Black — as they discuss a police shooting of a Black man in their community.

These grim realities must be faced at, as shown by Antjuan Williams’ conversation with his young daughter on YouTube.

Looking back at the video, with her delightfully curly hair, Arriell looks like an unlikely candidate for a police incident. But these days parents — especially Black parents — are less inclined to take anything for granted.

Arriell’s father tells her that he himself had been thrown to the concrete, bloodied and Tased by police because of a mistaken identity incident when he was a teen, which made Arriell begin to cry and climb onto her father’s knee to be embraced.

The post As police encounters increase, so does need for ‘The Talk’ appeared first on Atlanta Daily World.