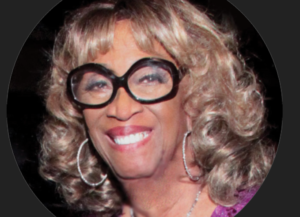 Clergy and city officials say King, described as a global spiritual leader, passed away at her Atlanta home surrounded by her family Sunday. She was 90 years old.

King overcame seemingly insurmountable obstacles as a woman determined to preach from the pulpit and ultimately founded Hillside International Truth Center in 1971.

“Bishop Dr. Barbara Lewis King will always be a monumental figure in our city and in the faith community. She was a powerful source of inspiration and the epitome of love and compassion. She had a deep and lasting impact on civil rights and immense outreach as an educator, author, and businesswoman. She was a trailblazer in every sense of the word and held immeasurable influence through her ministry and service. Our thoughts and prayers are with her family and we join the community in celebrating her life and legacy in Atlanta and throughout the world.”

“Dr. Barbara Lewis King was a source of light and inspiration – an icon in the City of Atlanta and beyond. Yesterday, heaven opened its doors to a Queen. We will miss this vessel of God who shared so much with so many. Her ministry has been a beacon of hope to everyone who visited Hillside International Truth Center. Dr. Barbara was my pastor and being in her presence was truly a blessing. It was my honor to join her for the celebration of her 90th birthday, during which I presented her with a proclamation declaring her day in the City of Atlanta. While she has transitioned from the flesh, her spirit will live on forever as will the love so many have for her. Let us take comfort in the many words of wisdom she has left through her books and videos wherein she shared the love of God with us all. We love you Dr. King and your legacy of service will forever be remembered!”

“My family and I send our heartfelt prayers to Bishop Barbara King’s son Michael and the King family, the members of the faith-filled Hillside International Truth Center in Atlanta and around the world. Mere words cannot express the powerful impact she had on the lives of so many people. We called her affectionately Dr. Barbara and our entire Southwest Atlanta community loved and cherished her. In 2018, I was honored to co-sponsor legislation naming the chapel at Hartsfield-Jackson International Airport the Barbara Lewis King Interfaith Chapel. It is said that when some people come into our lives, they have the ability to leave footprints on our hearts so that we are never the same. Through her faith and her understanding of spirituality and the power that we have within to change our own lives, Dr. Barbara helped us to never be the same, only better,” said city councilmember Andrea Boone.

“My deepest condolences to the family of Bishop Dr. Barbara L. King of Hillside International Truth Center. I am deeply saddened at her passing and I and my family mourn with a heartbroken, yet grateful city. She was a pioneer in every sense of the word, whether in religion, business, or simply being a living example to both women and men in how to live and love. The Atlanta City Council had the honor, privilege, and pleasure to rename the International Chapel at Hartsfield-Jackson Atlanta International Airport after Dr. King for her decades of religious, spiritual, and civic service to the city of Atlanta. There are not enough words to describe just what type of phenomenally magnificent woman that she was. Though we all mourn with the King family, Hillside members, and the Atlanta community, there is certainly no replacing her. Yet, we will always remember her. We are all better to have known her, and to have had her deeds, words, and her heart shared with us. May she rest in peace, and may God continue to bless her soul,” added city councilmember Michael Julian Bond.

King will have a private burial service on Wednesday, Oct. 14.