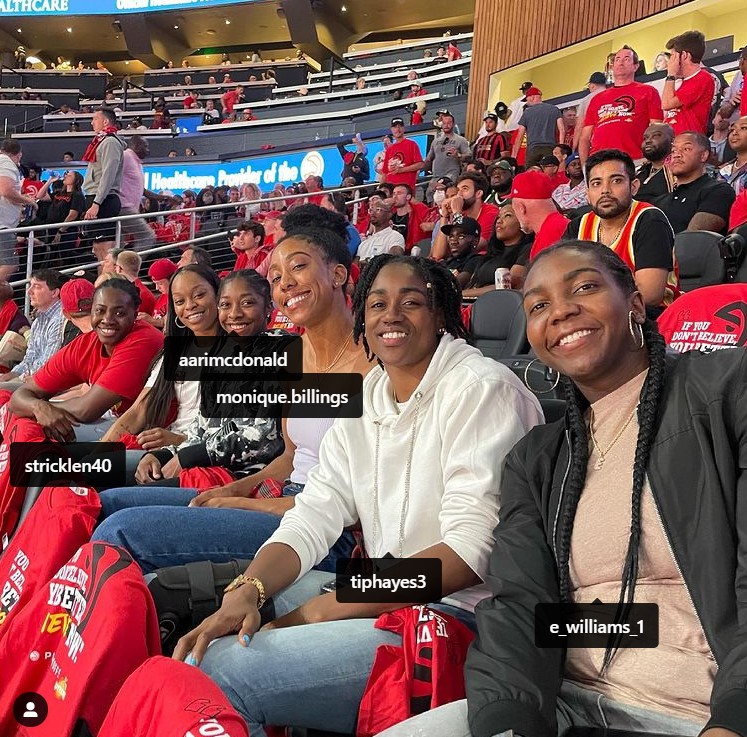 According to the National Institute of Mental Health, nearly one in five U.S. adults lives with a mental illness. The Atlanta Dream’s commitment to the health and wellness of the Greater Atlanta Metro Area continues with its “Mental Health Awareness Night” this Tuesday, June 29. Headlining Tuesday night’s game between the Dream and New York Liberty at Gateway Center Arena @ College Park will be the halftime showing of a virtual mental health panel that includes Dream players Monique Billings and Elizabeth Williams and analyst Tabitha Turner. Tip-off is set for 7 p.m. ET on Bally Sports South.

Like many of their WNBA sisters, Billings and Williams view themselves as people first and players second. During the discussion, the duo plans to highlight the following: the pressure of being an athlete; how they regularly assess their own state of mind; and what the Dream – and WNBA – are doing to support mental health. Turner, part of a quartet that comprises the first all-Black, all-female broadcast team in Dream history – will moderate the panel.

Key moments of the virtual panel will be presented during halftime. During the game,  Atlanta Dream-produced video segments highlighting the importance of mental health will also complement the panel. In addition, the entire virtual panel will debut earlier in the day on Tuesday, June 29, beginning at 12 p.m. ET, on the Dream’s Facebook page and YouTube channel.

The Dream’s “Mental Health Awareness Night” is part of the WNBA’s multi-year partnership with Anthem Blue Cross Blue Shield to combat racial and health inequities and promote social justice initiatives within select communities across the country. The Dream are one of four WNBA teams – the New York Liberty, Los Angeles Sparks and Indiana Fever – partnering with Anthem in this multi-year initiative.

Dream fans are encouraged to learn more about the team’s #DoItForTheDream campaign – a powerful, inspirational call-to-action toward the dream of equity, inclusion and positive change – by engaging in online conversation and tagging @atlantadream on Instagram,  Twitter and Facebook.

After a recent change in WNBA protocols, single-game tickets for all Atlanta Dream games prior to the Olympic Break are now on sale. Fans can be part of the best home-court advantage in the WNBA by purchasing tickets online and viewing the 2021 Atlanta Dream Schedule. The most up-to-date Gateway Center Arena policies are available here