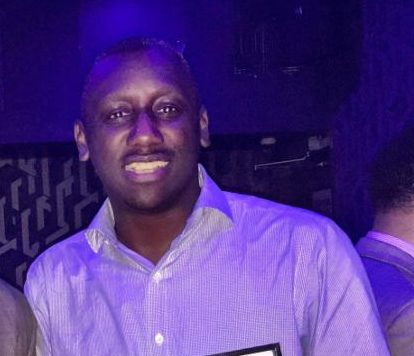 Music industry veteran Chaka Zulu was reportedly arrested on murder charges. According to WSB-TV, Chaka Zulu, whose real name is Ahmed Obafemi, was also charged w/ aggravated assault, possession of firearm during commission of a felony and simple battery.

He reportedly turned himself in on Sept. 13 and bonded out hours later.

Chaka Zulu was shot in Atlanta on June 27 at Apt4b, a restaurant and bar in the Buckhead area of Atlanta.

Atlanta police say the shooting occurred after an argument turned violent in the parking lot. Three were shot and one person died from their injuries. Artez Benton was shot and killed, but his family believe that he wasn’t the person targeted.

At press time, police have not revealed if others have been charged.

Zulu entered the entertainment industry in the 1990s as a music director and an on-air personality at Atlanta’s Hot 97.5 (now 107.9). However, he would eventually join fellow Hot 97.5 radio personality Ludacris as the co-founder of Disturbing Tha Peace, a record label and entertainment company.

Zulu would continue to manage Ludacris during the height of his success while also working with other prominent artists such as 2 Chainz, OutKast, DJ Drama, and Cee-Lo Green.

A staple in the Atlanta community, Zulu was honored by the Atlanta Hawks in 2022 with the “Forever 404 Honors.”