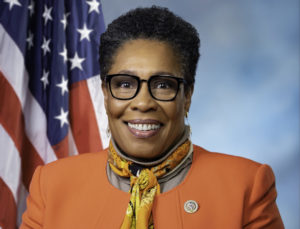 Ohio congresswoman Marcia Fudge (D) has been tapped to become the next Housing and Urban Development Secretary by the Biden-Harris administration. Following the current HUD Secretary, Ben Carson’s’ horrendous gutting of the department, Fudge is faced with a daunting job of repairing the damage done and restoring HUD’s mission to provide affordable housing opportunities for low- to moderate income Americans.

If confirmed as HUD secretary, Fudge will command a $50 billion agency that will need to tackle COVID-19 issues head-on, chief among them being housing insecurity. The country has long been in a housing crisis, which has only been aggravated by the coronavirus pandemic and an ensuing recession: millions of people are behind on rent and mortgage payments, and activists have been calling for housing relief for months.

The news of Fudge’s nomination comes the same week more than 1,000 Black women leaders from across the United States signed an open letter to Biden and Harris, calling on the elected leaders to nominate more Black women for prominent Cabinet positions. The letter was led by the network #WinWithBlackWomen and includes more than 1,200 Black women.

“It is long past time that the effective, accomplished leadership of Black women currently serving in areas of significant policy that impacts our nation are recognized and given full consideration for the statutory positions in your administration’s cabinet,” the letter read.

“As this country becomes more and more diverse, we’re going to have to stop looking at only certain agencies as those that people like me fit in,” Fudge said.