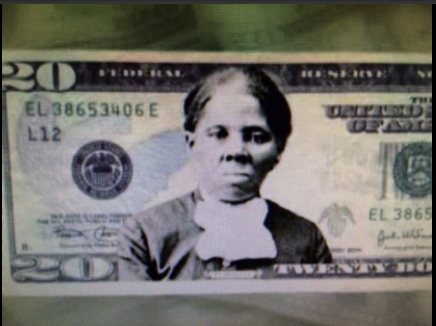 The newly installed Biden-Harris administration is looking for “ways to speed” the release of $20 bills featuring Tubman. The historic currency change would have been a huge boost to recognizing and celebrating the achievement of African Americans, in June of 2019, Trump administration dashed the hopes of millions when racially divisive and demeaning forces went to work in that doomed administration to squash the releasing the much-anticipated Harriet Tubman $20 bill.

Trump era Treasury Secretary Steve Mnuchin announced then that the administration was delaying the release of the new $20 bill featuring Tubman, citing a more immediate need to focus on anti-counterfeiting features of currency, beginning with the $10 and $50 bills and pushing the release of the Tubman $20 bill to 2028.

Essentially, the Trump White House was so racist they couldn’t stomach the idea of a Black woman, especially a Black woman who helped free so many slaves, on American currency.

Well, the Trump presidency is in America’s rearview and it looks I’m telling you now if Tubman bills are out when the Biden administration hands out the next stimmy, I will ask for the entire $1,400 in Tubmans.

“It’s important that our notes, our money — if people don’t know what a note is — reflect the history and diversity of our country, and Harriet Tubman’s image gracing the new $20 note would certainly reflect that,” White House press secretary Jen Psaki told reporters Monday, CNN reports.