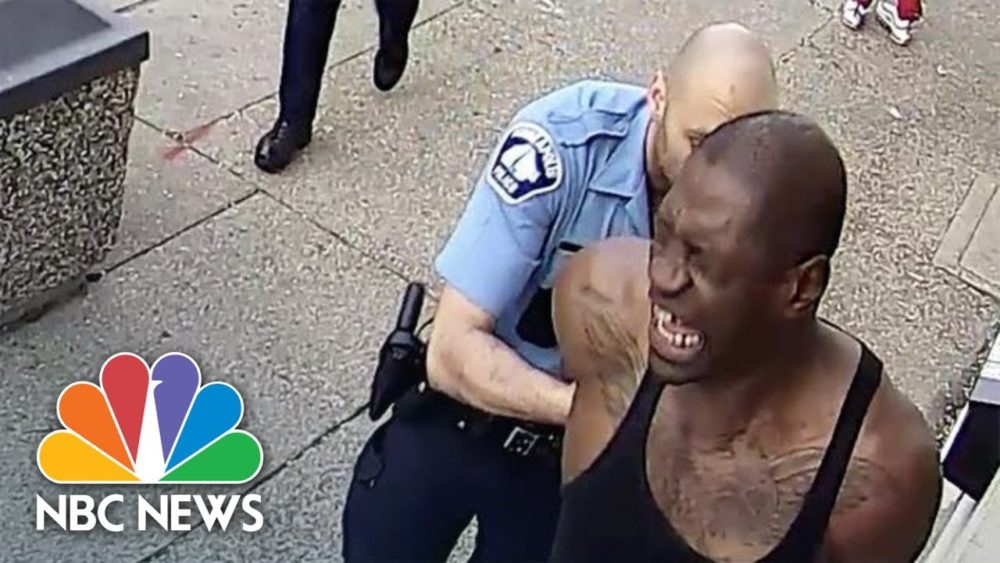 African Americans hadn’t stopped grieving over the assassination of Ahmaud Arbery in Georgia when a video surfaced out of Minnesota, showing a police officer pressing his knee into the neck of a subdued George Floyd.

He later died from the despicable act.

It was reminiscent of Eric Garner of Staten Island, NY, who was put in a chokehold by a New York police officer. Garner died from injuries suffered from the chokehold and, like Floyd, could be seen on video struggling to breathe and stating, “I can’t breathe.”

The recent video, which at first didn’t identify Floyd, led Arberry’s attorney Benjamin Crump to ask his vast Twitter following to find out who Floyd was “so we can get his family some justice.”

After a public outcry, with thousands of protesters lining the streets of Minneapolis demanding justice, the four police officers involved in Floyd’s death were fired.

Crump has demanded the arrest of the officers.

None of the officers have been named, but CBS News reported that attorney Tom Kelly is representing Derek Chauvin, the officer seen with his knee on Floyd’s neck.

“Everything went blank,” Bridgett Floyd, the sister of George Floyd, told Good Morning America. “I had a very hard time taking that in,” she stated.

Bridgett Floyd said she thought she was dreaming when told of her brother’s death. She has so far refused to watch the disturbing video.

“I can’t breathe, please, the knee in my neck,” George Floyd can be heard saying in the video as he’s pinned to the ground and clearly not resisting. “I can’t move — my neck. I’m through; I’m through,” he said.

The brass at the Minneapolis Police Department released a statement noting that the officers were initially called to the scene about a forgery in progress report.

In direct contrast to what’s clearly seen in the video, the officers claimed that Floyd “physically resisted” arrest.

Floyd was transported to Hennepin County Medical Center in Minneapolis, where he died a short time later.

The death of Floyd at the hands of police continues a long and disturbing trend of people of color being killed under the shade of law.

An August 2019 story in the Los Angeles Times headlined: “Getting Killed by Police is a Leading Cause of Death for Young Black Men in America,” noted that.

According to an analysis of deaths involving law enforcement officers, about 1 in 1,000 Black men and boys in America can expect to die at the hands of police, the Times reported.

That makes them 2.5 times more likely than White men and boys to die during an encounter with cops.

“That 1-in-1,000 number struck us as quite high,” Frank Edwards, a sociologist at Rutgers University, told the Times. “That’s better odds of being killed by police than you have of winning a lot of scratch-off lottery games.”