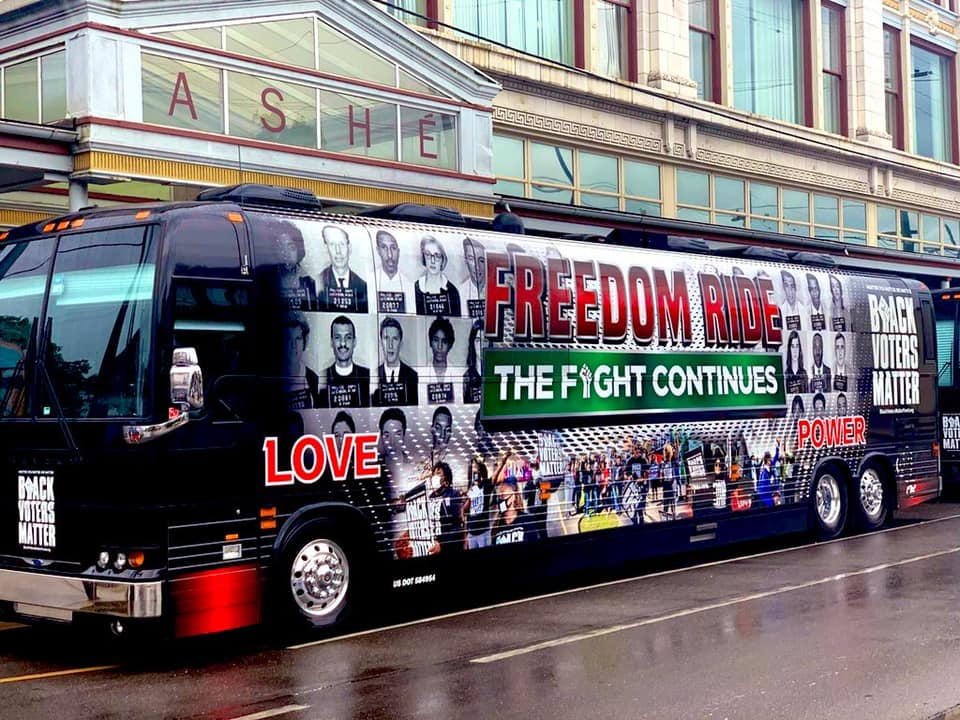 Atlanta, Ga. — TODAY, June 21, Black Voters Matter (BVM), the Working Families Party, The New Georgia Project, and other partners will stop in Atlanta for a community event and rally as part of BVM’s Freedom Ride for Voting Rights. The Freedom Ride is a national education and outreach campaign to increase support for voting rights legislation, advocate for D.C. statehood, and build Black voting power making stops in key southern states to rally with partner organizations and concerned citizens and discuss the issues impacting their communities. Beginning at 3:00 PM, BVM’s “Blackest Bus in America” will stop in Atlanta for a community event at Ebenezer Baptist Church (101 Jackson Street NE, Atlanta 30312), which will include local speakers, as well as free food and voter education workshops.

RSVP: Members of the media can RSVP by e-mailing blackvotersmatter@fenton.com.

BVM’s Freedom Ride for Voting Rights comes as more than 40 states consider legislation to restrict voting rights, which would have a disproportionate impact on Black communities. In addition to voter outreach and engagement, the bus tour will raise awareness about this harmful legislation and empower communities to combat restrictions to early voting, absentee ballots, and other important reforms. Similar to the original Freedom Rides, BVM is also encouraging organizations, activists and supporters to join the caravan for part or all of the route, creating space for those who would like to participate whether for just one day or multiple days.

The bus is expected to make stops in each of the following cities:

*Events are subject to change