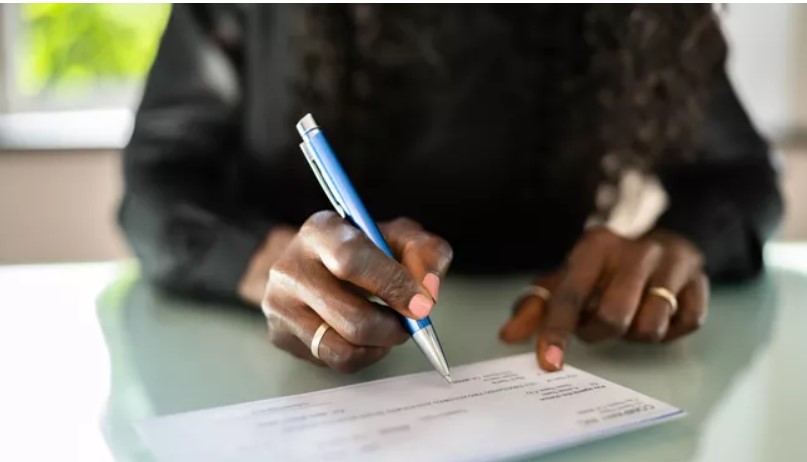 A Black woman is filing a lawsuit against the bank that refused to cash a five-figure check, according to the Detroit Free Press.

Lizzie Pugh, 71-year-old church deacon, told reporters scored the fat prize during an April church outing at Soaring Eagle Casino and Resort. Her elation quickly soured when she visited a Fifth Third Bank in Livonia, Michigan to open a savings account for her winnings. The retired Detroit Public Schools worker claims employees at the bank refused to cash her check, calling it fraudulent, and at one point didn’t want to give it back to her.

“I couldn’t really believe they did that to me,” Pugh told reporters in a recent interview. “I was devastated. I kept asking, ‘How do you know the check is not real?’”

The original banker Pugh talked to left the room and returned with another employee.

“She told me that the check was fraudulent, and she could not give it back to me,” Pugh recalls. “I told them I wasn’t leaving. You need to call the police. Or better yet, I’ll call myself.”

The workers also declined to call 911 and got a third employee involved. All of them were reportedly white and refused to return her check at first.

After much persistence, the 71-year-old got her casino earnings back and drove to a Chase bank. That same day, she was able to deposit the check.

“To think that maybe they would have police coming and running at me — it was humiliating and stressful,” Pugh said. “For someone to just accuse you of stealing? I’m 71 years old. Why would I steal a check and try to cash it? I just didn’t think anybody would do that.”

Pugh says the incident left her “terrified” and crying to her 50-year-old niece, Yolanda Gee, who encouraged her to file a lawsuit. The retiree, who’s an Alabama native, was hesitant to sue after surviving Jim Crow-era racism and bullying in school for being Black. Pugh thought nothing would change.

“I told her, ‘This clearly was a violation of your civil rights. There are laws in place now, where you can fight. Let’s fight this,’ ” McGee told her aunt, per the newspaper. “We are not in 1950s Alabama. We’re not in the Jim Crow era. We are gonna fight. No one’s gonna shame you.”

Pugh ended up following her niece’s advice and filing a lawsuit on August 29 in U.S. District Court. The filing alleges that Fifth Third Bank refused to cash the check because Pugh was Black.

“What happened to Lizzie was really a heartbreaking situation,” Deborah Gordon, the attorney representing Pugh, said. “Given what she has lived through — and to have a happy moment, something she enjoyed, be ruined by being humiliated? … It’s really unfortunate these stereotypes continue to exist right here in our metro area.”