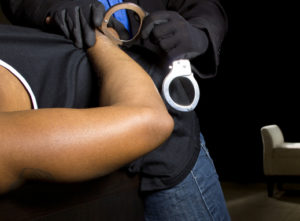 ATLANTA (Nov. 23, 2020) — Campaign Zero (CZ), a data-driven, activist organization focused on ending police brutality, today announced the launch of its nationwide “End All No-Knocks’ Campaign.” The campaign aims to ban the practice of “No-Knock” raids and create common-sense controls for regular search warrants. Campaign Zero has already developed several solutions to help guide legislative measures goaled at preventing police from breaking into homes and reducing the potential for serious harm to both citizens and the police officers themselves. Campaign Zero’s team is already assisting 37 city and state governments, including South Fulton and the state at-large, in passing comprehensive No-Knock legislation.

Breonna Taylor was killed as a result of a botched search warrant raid. To honor all of those that have been negatively impacted by these practices, and to prevent future harms, major changes in law and policy must be put in place.

These raids, most often carried out for low-level drug offenses, are executed at night by forcible entry, which commonly involves breaking through doors with battering rams, military-grade weapons and flash-bang explosives. Often, all residents are aggressively detained and handcuffed, and the residence is thoroughly searched for contraband. Property or cash seized during these raids, even if not connected with illegal activity, are often kept and added to law enforcement budgets. .

“The trauma, injuries, and many deaths of innocent people, make the practice of military-style warrant executions unsafe and barbaric,” said DeRay McKesson, Co-Founder of Campaign Zero. “We know these raids are not an effective policing tool. We need a more rigorous application process; we need to ensure law enforcement intelligence is accurate; and, we need to close any loopholes police officers use to defer accountability. We can prevent needless death and harm, but it’s going to take a collective effort to ensure that proposals by state and local policymakers are strong and comprehensive.”

The cost of No-Knock raids far exceeds their negligible benefits. According to research by police scholar Peter Kraska, there are approximately 60,000 No-Knock and Quick-Knock raids executed every year, increased from ~3,000 a year in the early 1980s — the majority for drug offenses. An investigation of 13 local jurisdictions found consistent racial disparities in the use of police raids – with Black communities disproportionately impacted by this form of police violence. Police put themselves, and the community, at extreme risk when conducting these home-raids, children are severely traumatized by the experience, and as was the case with Breonna Taylor, they can lead to tragic police killings. The risks are too great; the rewards are minimal.