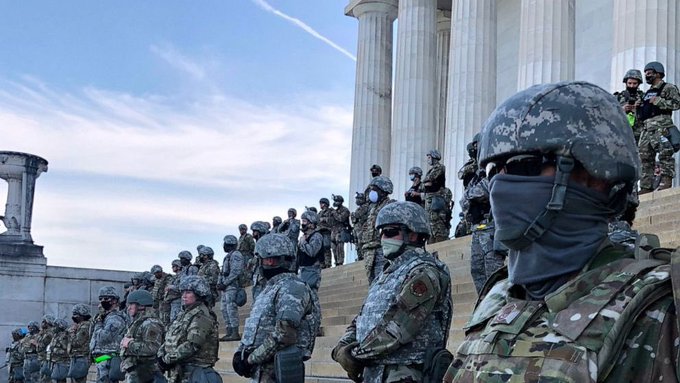 Yesterday’s insurrection is an apparent juxtaposition to protests last summer by many in the Black Lives Matter movement demonstrating the police violence against people of color in which Secret Service police lobbed tear gas at them just yards from the White House.

As scenes of chaos incited by Donald Trump engulfed the U.S. Capitol, Georgia was also making history when the ruby red state went blue with the election of Jon Ossoff occurring as domestic terrorists attacked the U.S. Capitol.

It also comes not even a full day after Rev. Raphael Warnock was elected Georgia’s first Black senator in the state’s highly contested senate runoff election.

“Even as we are profoundly disturbed by the events in Washington incited today by Donald Trump, we are heartened that the election of Jon Ossoff secures the promise of a new beginning for our country. By electing Ossoff and Rev. Raphael Warnock and shifting control of the Senate, Georgians have turned the page on the disastrous Trump administration that is seeing its last gasps played out in violence and chaos. The Biden-Harris administration will begin in days. And now it will have the power it needs to make great progress on behalf of the American people, who are demanding leadership when it comes to COVID relief, jobs, racial justice, fair courts, and restoring our democracy.

“We can’t lose sight of the fact that above all, the story of this 2020 election is one of triumph in the face of some of the worst adversity we have seen.  The American people have come together to soundly and forcefully reject the bigotry, divisiveness and corruption of the Trump administration and its Congressional enablers.  In the midst of a raging pandemic, voters – including so many young voters and voters of color – found a way to make their voices heard. Because of that, we can begin to heal after four years of hatred and harm perpetrated in our nation’s highest offices. We are filled with hope and the determination to make the most of this opportunity. And now, let’s get to work.”
Black Twitter has erupted over what is an obvious difference in how law enforcement has handled this set of protestors over those who felt the choke of tear gas and the sting of rubber bullets.

Here are some reactions below: 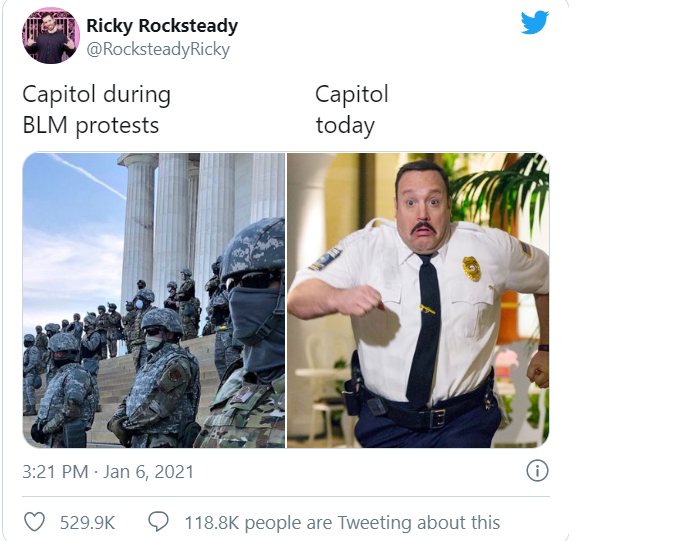