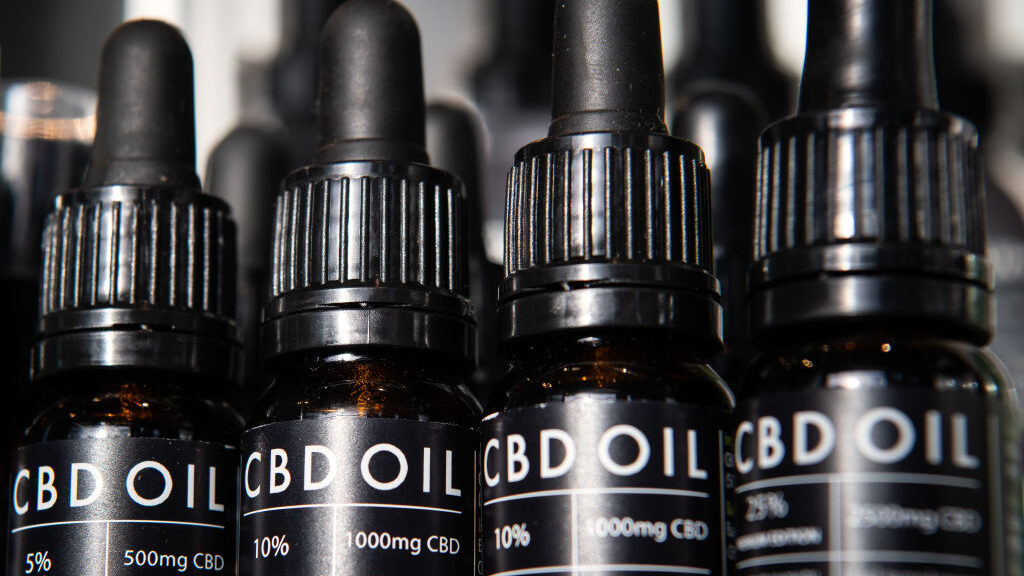 As the market for legal marijuana and cannabidiol, or CBD, skyrockets thousands of cannabis users remain imprisoned for weed-related offenses. Most are people of color, while the investors and manufacturers tend to be white.

That irony is not lost on Cure Crate, a Los Angeles-based CBD-product subscription service, which operates on a “dual platform of wellness advocacy and social justice.” It exposes minorities to business opportunities in the industry and provides assistance to marijuana offenders and ex-offenders.

“We started out to create something that would provide quality CBD products to cannabis users and provide them in a diverse experience. We come at it from the perspectives of a black male and a woman, both underrepresented in the fast-growing field of cannabis,” said Wynn.

A portion of the company’s profits is donated to The Last Prisoner Project (LPP), a Denver-based advocacy group aimed at drug-policy reform.

Jailed for an “essential” product

LPP is rolling out a new reentry program this year that includes a constituent newsletter, a revamped financial-assistance program that provides $5,000 micro-grants, and an education initiative to help those looking to enter the legal cannabis industry.

While LPP is staffed by policy experts and social-justice advocates, a few have experienced a harsh criminal-justice system first-hand.

Pregnant and in an abusive relationship in 2009, Evelyn LaChapelle did not “give it a consequential thought” when Corvain Cooper, a weed-dealing friend, convinced her to deposit his illicit cash into her bank account. For each $5,000 deposit, LaChapelle pocketed a $200 commission. Her total cut was $13,000 over a nine-month period.

“I’m having a baby, and I was in this bad relationship. Corvain was a good friend during this time,” she said. “I wasn’t in this for the $200.”

Three years later, with that chapter of her life over, LaChapelle was living in San Lorenzo, Calif., with her mother and daughter. On Aug. 22, 2012, while smoking a joint in her car, she was approached by a police officer responding to a suspicious vehicle call.

“I was in a hoodie, with no purse, no ID,” she said. “He must have run some kind of comprehensive check, and I found out there was an arrest warrant issued for me in North Carolina. I had no idea.”

LaChapelle was tried and convicted in October 2013 for money laundering, conspiracy to possess with intent to distribute marijuana, conspiracy to money launder, and structuring financial transactions to avoid the IRS. Sentenced to 87 months in prison, she spent her first two years in a county jail in North Carolina before beginning federal time in Victorville, Calif.

As the mastermind behind a $1.3 million drug enterprise, Cooper was handed a life sentence. Another co-defendant, Natalia Wade, also received an 87-month sentence for offenses identical to LaChapelle’s and innocuous cannabis users.

LaChapelle, now 35, was released on Feb. 1, 2019. Wade, diagnosed with lupus and rheumatoid arthritis in jail, was released last year. Cooper, now an LPP advisory board member, was one of 143 people who had their sentences commuted in the last days of the Trump administration.

Wade shares her story through a weekly LPP Instagram Live broadcast, and LaChapelle is the reentry coordinator for LPP.

“My righteous anger evolved in a sense of: ‘I don’t belong here. I’m the victim of an unjust system. That pretty much carried me through the last two years. The Last Prisoner Project gives that anger a place to be productive,” said LaChapelle.

Some 25 states have legalized marijuana use for medicinal purposes, and 15 allow for adult cannabis users to enjoy recreational use. New Frontier Data, a research firm that analyzes the legal marijuana market, estimated it to be at $13.6 billion in 2019. The global market of cannabis users is expected to reach $73.6 billion by 2027, according to a 2020 report published by Grand View Research, Inc.

Market growth aligns with public sentiment on using weed for both medical and recreational purposes. Two out of three Americans believe marijuana use should be legalized, a Pew Research survey revealed. Use among adults aged 50 to 64 has doubled over the last 10 years.

Major companies, such as Constellation Brands and The Altria Group, are placing bets that public demand for CBD-based oils, creams, pills and edible products will rise with cannabis users as well as non cannabis users. Estimated growth for this segment ranges from $1.3 billion to as much as $22 billion by 2022.

“People are consuming CBD under the misapprehension that it is safe to do so. It is not,” Evans said.

“This space has shown some of the greatest examples of fallacious promises that stem from the marijuana space,” added Will Jones, an outreach associate for Smart Alternatives to Marijuana (SAM). “Recently, the FDA has been forced to crack down on numerous companies in the CBD space for false claims. There were even some CBD companies claiming their products could prevent and even cure COVID-19. This space needs tighter scrutiny.”

Separate from the health debate, pro-legalization advocates say current federal laws outlawing marijuana disproportionately impact black and brown communities, a claim supported by a recent ACLU report. “A Tale of Two Countries: Racially Targeted Arrest in the Era of Marijuana Reform” examines arrests from 2010 to 2018 and concluded that blacks are more likely to be arrested for possession than whites in every state, including those with legalized marijuana.

“Racial disparities vary in severity across states,” the report read. “Colorado has the lowest disparity, at 1.5, while in Montana, Kentucky, Illinois, West Virginia and Iowa, black people were more than seven times more likely to be arrested for marijuana than white people. At the county level, there are places where black people are more than 20, 30, 40, or even 50 times more likely to be arrested than white people.

Evans conceded blacks are arrested at a higher rate than whites, but argued the marijuana lobby is promoting a “false narrative.”

“Marijuana offenders of all races occupy relatively few jails and prison cells. The ones that do tend to be dealers,” he said, calling published reports claiming there are more than 40,000 Americans imprisoned on cannabis offenses “complete bullsh-t.”

Both sides argue for changes in the criminal-justice system, particularly for expunging the records of minor offenders.

“We’re legalizing or decriminalizing something, so for every person who has any type of criminal record, it’s got to go,” said Wynn.

SAM agrees, but falls short of calling for full legalization.

“We do not need to legalize in order to reform the criminal-justice system,” reads its website. “We can remove criminal penalties, expunge records and offer justice without commercializing today’s highly pure THC pot products.”

Now, all eyes are on how Congress will vote on the Marijuana Opportunity Reinvestment and Expungement Act, which eliminates criminal penalties and establishes a process for expunging records and conducting sentencing reviews.

“The votes to push through a legalization bill such as the MORE Act, which the House passed last year, simply aren’t there in the Senate, and may not be there again in the House with the majority slimming,” said Jones. “President Biden stated in his run for the White House that he opposes marijuana legalization.

“As it stands, we are working with lawmakers to pass the Cannabidiol and Marihuana Research Act. This bill, which passed the Senate unanimously in December, would dramatically overhaul how research is done on marijuana and expand our understanding of the potential pitfalls of today’s high potency forms of the drug, all without the need of removing the substance from the Controlled Substance Act.”

Cure Crate is planning to partner with The Weldon Project to help imprisoned cannabis offenders. Its founder, Weldon Angelos, was a defendant in a 2003 high-profile case that shed light on the draconian laws governing weed offenses. Since 2016, The Weldon Project has secured the release of “dozens” of ex-offenders and cannabis users, including Death Row Records co-founder Michael “Harry O” Harris, who received a full pardon from former President Trump in December.

Angelos was a rising music producer in Salt Lake City, working with rap stars like Nas and Snoop Dogg. He was also a minor cannabis dealer. After a conviction — his first — for selling $300 worth of weed on three occasions to a confidential informant and allegedly being in possession of a firearm, he was sentenced to a mandatory 55 years in federal prison with no chance of early release.

A public firestorm erupted at sentencing, as U.S. District Judge Paul G. Cassell questioned not only the severity of the sentence but also its constitutionality.

“When the judge came out and said the punishment was ‘cruel, unjust and irrational,’ he called on President [George W.] Bush to commute my sentence,” said Angelos.

“When I was in prison, I was watching as state after state legalized marijuana,” he said. “When I got out, [other cannabis users] told me, ‘You can’t forget about us.’ That’s who I’m fighting for.”