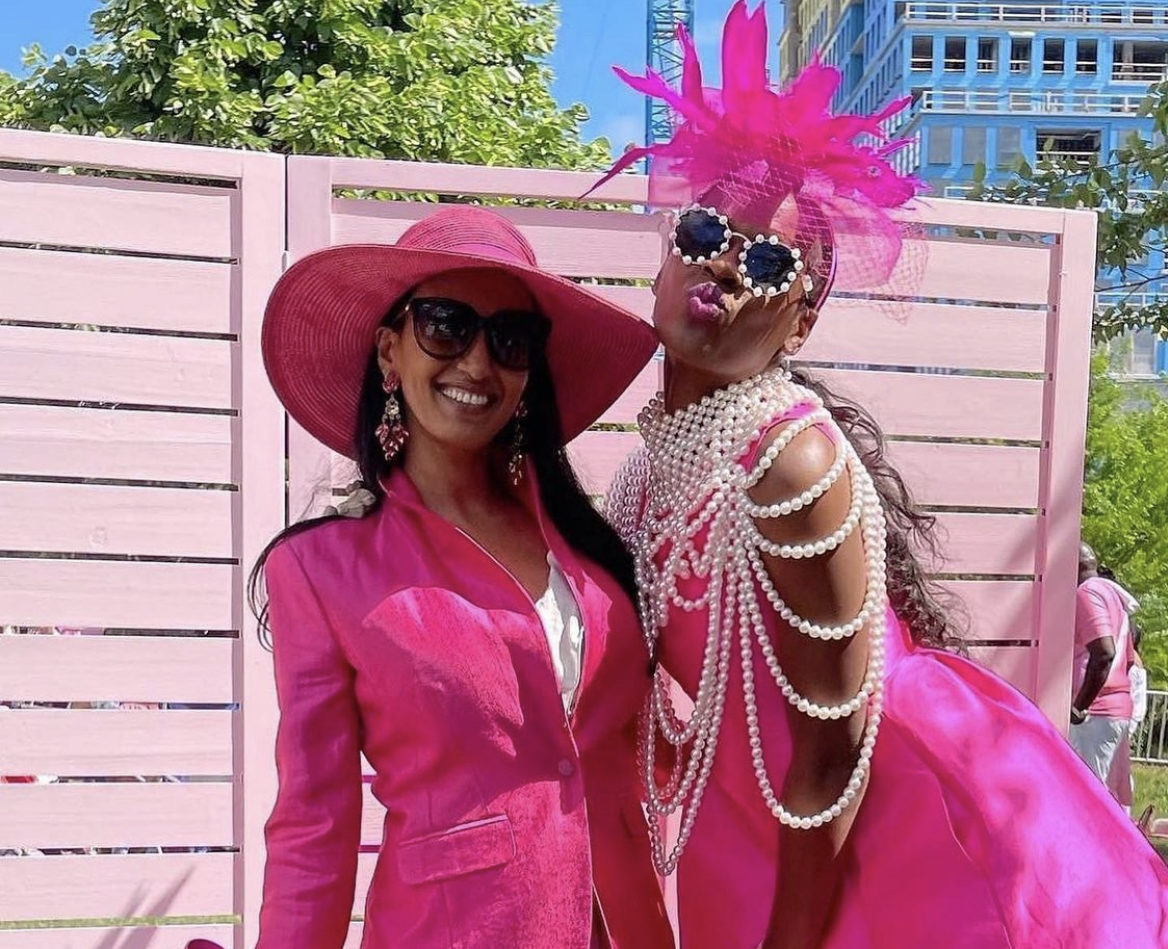 Saturday of Mother’s Day weekend men and women gathered together in their finest pink and white outfits at Historic Fourth Ward Park for the Célébrez en Rosé Wine & Music Festival. The park was full of pink aesthetically pleasing props from pink flower-covered walls, to pink swing sets and so much more. The lawn was engulfed in pink and white picnic set-ups, while those attending enjoyed gourmet eats and sipped on rosé. There couldn’t have been a better place to get an Instagram-worthy picture this weekend. 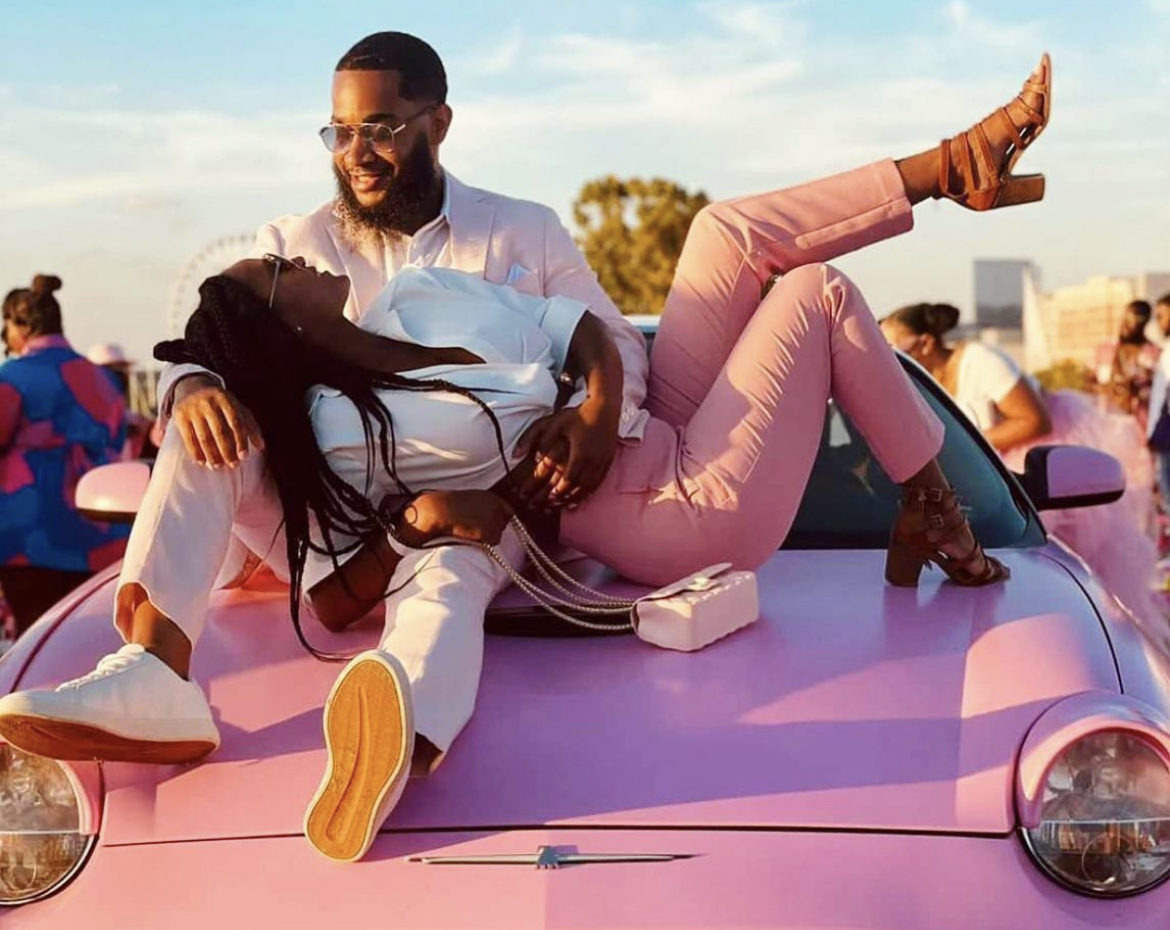 As beautiful experience as it was, it was the music lineup that made this event one of a kind. The lineup included DJ Stormy, Gritz & Jelly Butter, Rotimi, DJ Jazzy Jeff, and Robin Thicke. Co-Host Maurice and Chastity kept the crowd engaged in between performances, along with DJ Whit It who kept the tunes rolling all day.

Fashion was another heightened element of the event. So much so that there was a fashion competition for the best dressed halfway through the day. Ten men and women were hand-picked from the audience and asked to walk the runway. Their outfits were extravagant, ranging from attire you would see at NY fashion week to the Kentucky Derby. The crowd cheered them on, ultimately choosing two winners.

Musical artist Rotimi who many know as Dre from the Starz show Power came out and hypnotized the crowd with his tantalizing voice and moves. His performance was bright and vibrant, just what the crowd needed midday to keep the ambiance energized as the sun shined and the rosé flowed. 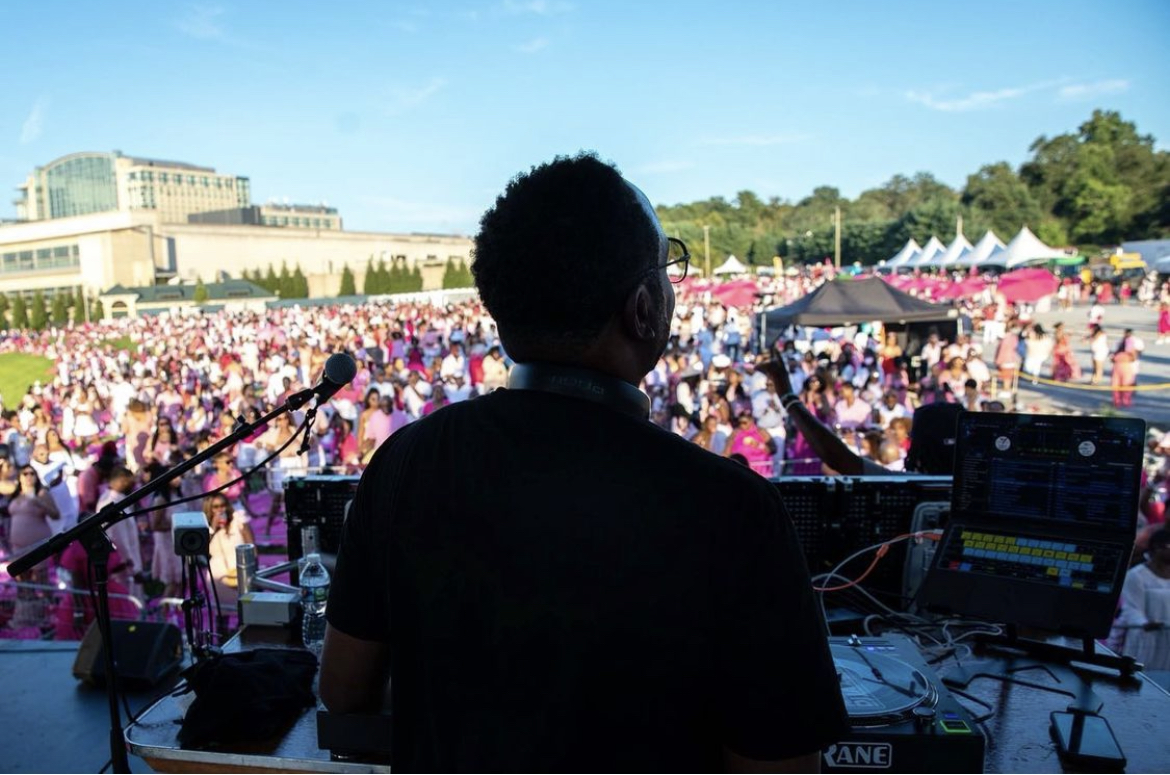 As everyone was buzzing from the rosé and beginning to feel a bit looser DJ Jazzy Jeff came out and rocked the crowd. Every person was on their feet dancing and jamming as DJ Jazzy Jeff took them through a heart-stirring musical adventure. Transitioning through today’s latest hits, throwbacks, reggae, and unexpected songs like, Escape better known as The Piña Colada Song. His ability to read an audience, play the perfect song and transition it in such a seamless manner couldn’t be described as a skill – it’s pure talent.

As the night was drawing to a close the show’s headlining artist Robin Thicke and his band came on stage and created a transcendent vibe amongst the audience. He was wearing a velvet black suit and he was dancing and singing all across the stage. At some points even stood on his piano giving a delightful performance. About halfway through his set, the tempo of the music slowed down creating a more intimate atmosphere.

Thicke talked about how the last few years had been quite transformational for him. His father, Alan Thicke, passed away unexpectedly. His close friend and music producer Andre Harrell passed away shortly after. He also went through a divorce. While going through these troubling times he was drawn closer to his faith and what was important, which inspired the next song he would perform, Lucky Star.

As Thicke was playing the piano and singing it began to drizzle just enough to make one feel like they were in a divine moment. He closed the show with a song he said Atlanta always responded well to, Blurred Lines. The crowd full of pink and white danced and sang along, ending Célébrez en Rosé Wine & Music Festival on a high note.

The Célébrez en Rosé Wine & Music Festival is headed to Houston, Washington DC, and Chicago next. You can learn more about their upcoming events on their official website https://celebrezenrose.com or their Instagram account @celebrezenrose.