Chris Rock reveals he has a learning disorder 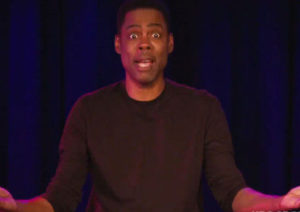 Chris Rock Reveals He Has a Nonverbal Learning Disorder

Chris Rock has revealed that he struggles with a nonverbal learning disorder, and spends several hours a week in therapy.

In a recent interview with The Hollywood Reporter, the comedian recalled his process during his early days in stand-up.

“I had this great combination of big ego and low self-esteem,” he said of his early career. “And the ego gets you out onstage, but the low self-esteem is the thing that makes you practice so much because you don’t believe in yourself at all.”

“You think you’re a total f****** fraud,” Rock continued. “You don’t think anybody could love you for being you, so you have to be good at this thing.”

Rock said the COVID-19 lockdown has forced him work on himself, including finally learning how to swim.

The star of the upcoming FX series “Fargo” went on to describe a recent swimming lesson.

Rock said he followed up on a friend’s tip that he may have Asperger’s, so he got tested. That’s when he learned he has problems picking up on non-verbal cues in communication. He was diagnosed with a nonverbal learning disorder (NVLD).

“All I understand are the words,” he said, which leads to him taking people more literally than they intended and what he described as an all-or-nothing mentality. “All of those things are really great for writing jokes,” he added. “They’re just not great for one-on-one relationships.”

The post Chris Rock reveals he has a learning disorder appeared first on Atlanta Daily World.