Cocktails and Calories: Georgians Rather Gain Weight Than Quit Drinking 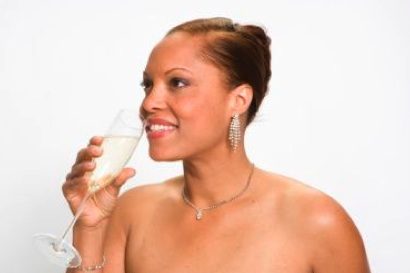 It may be a disheartening read for drinkers, particularly for those trying to lose weight, but calories from alcohol are much the same as regular calories. In fact, they are exactly the same – a beer contains almost as many calories as a large slice of pizza. Now that restrictions have been lifted and bars are in full swing again, people are venturing out to drink with friends. And typically, most nights out involving alcohol often are accompanied by eating something unhealthy on the way home.

Despite the implications of drinking to our beer bellies and the overall negative effects of alcohol, many Georgians continue to drink despite knowing that it could lead to a host of health issues, including piling on the pounds. And how many pounds exactly? It’s a question that DrugAbuse.com sought to find the answer to when they questioned 4,205 respondents in a survey, asking:

How much weight are you prepared to gain in a trade-off for being able to continue drinking alcohol?

The survey resulted in some eye-opening observations, which concerningly revealed that Georgians’ fondness of booze is so profound that the average drinker in the Peach State is content gaining 13 pounds in order to continue consuming their favorite alcoholic beverages. This is about the equivalent of permanently carrying around 208 slices of bacon in your body. This figure isn’t particularly surprising: a study last year by Alcohol.org found that the average American drinker would even be willing to give up three years of their life if it meant they could continue to drink!

When it comes to trade-offs between alcohol and a flat stomach, the study showed regional variations. Rhode Islanders are more than willing to gain weight and would happily live with an extra 28 pounds in order to continue drinking their favorite drinks. At the other end of the spectrum, health-conscious Hawaii residents, and those in South Dakota, Vermont and Utah would only accept eight pounds to preserve their six-packs.

Numerous studies have demonstrated that obesity has become a serious health issue in America, with 35% of adults defined  as obese. As for what is driving the country’s weight problem, there are no definitive explanations. Some blame poor diets and bigger portions others attribute a lack of exercise being the defining factor, and some point to a lack of public awareness and warnings. While just about everything in supermarkets has calorie information – even water – alcohol brands have somehow avoided needing to do so. Although some producers include basic information, it’s not a legal requirement and most choose not to. Previous research  has often attributed obesity to alcohol consumption, partly because consumers do not realize how many calories are in what they are drinking – some are unknowingly drinking up to one-fifth of their daily calorie allowance.

Alcohol tends to have a knock-on effect too – while it is high in calories, it also has the unwanted effect of making you want to eat more, and more often than not, this involves less-than-healthy options. For these reasons, there have been calls by some health professionals for mandatory calorie labeling on alcohol products, which they say will (partly) help in America’s battle against obesity. Whether this would have the desired effect or not is unclear – after all, how many people could correctly identify how many calories there are in say a bowl of whole wheat pasta?

What is clear, according to this survey, is that when it comes to alcohol and calories, Americans appear to be blissfully ignorant. Not only do 53% believe that ‘alcohol calories’ are different to ‘regular’ calories, but the survey also found that almost one-half (46%) of respondents believe that moderate consumption of alcohol has health benefits, despite studies showing otherwise. Moreover, a staggering 89% think wine is the alcohol that has the greatest health benefits – perhaps because it is made from fruit? Seven percent thought spirits have the biggest health benefits while 4% believed beer does. And when it comes to beer, 15% wrongly believe that craft beer has fewer calories than regular beer.

It could very well be the case that drinkers purposely choose to block out anything negative associated with alcohol. More than one-third admit they would continue to drink, even if alcohol is proven, without doubt, to be damaging to the brain. A further 58% admit they don’t even take note of studies that link alcohol to health problems.