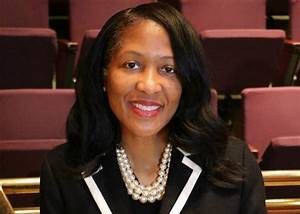 “I am honored to receive the unanimous support of my colleagues to serve in this leadership position with the Fulton County Board of Commissioners,” says Vice Chair Hall. “I am humbled to receive their support in this new role.”

Commissioner Hall represents Fulton County’s District 4, which encompasses the heart of Atlanta, downtown, Midtown, Old 4th Ward, and neighborhoods west of downtown Atlanta to Fulton Industrial Boulevard and South to Campbellton Road. Vice Chair Hall previously served Fulton County faithfully for 6 years as the Chief of Staff to the late Fulton County District 4 Commissioner Joan P. Garner, and has over 30 years of management experience in the public and private sectors. An honors graduate with a Bachelor of Science in Computer Information Systems, she earned her masters’ degrees in Business Administration and Public Administration from Keller Graduate School of Management in Atlanta, Georgia. She received Executive Management Certification via Caliber Learning Center from the Wharton School of Business of the University of Pennsylvania. Commissioner Hall is continuing her education with coursework through Association County Commissioners of Georgia (ACCG) and the University of Georgia Carl Vinson Institute of Government.

Vice Chair Hall is a member of several boards including on the Association County Commissioners of Georgia (ACCG) where she is a part of the Revenue and Finance, Economic Development and Transportation, and Federal Committees. She is a member of the Fulton County Board of the Health, the Atlanta Homeless Continuum of Care Governance Council, and has been appointed to a number of National Association of Counties (NACo) boards and committees such as the Healthy Counties Initiative Advisory Board, Information Technology Standing Committee, Resilient Counties Advisory Board and the Large Urban Caucus Steering Committee.