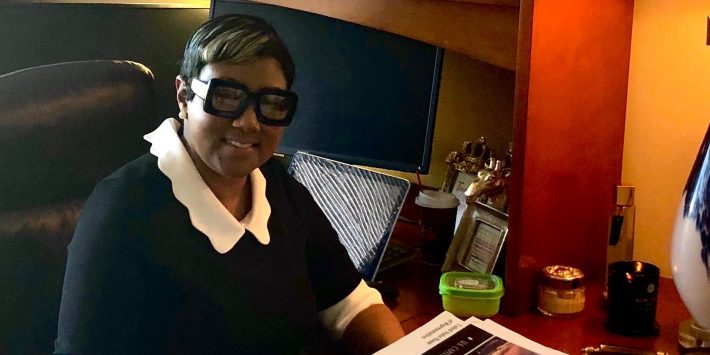 “When there are more dollar stores in a community than supermarkets, that’s when alarms need to sound,” says DeKalb County Commissioner Lorraine Cochran-Johnson.

DeKalb County recently extended its temporary ban on new dollar store chains after dozens of residents voiced concerns about their oversaturation, claiming they push out grocery stores with fresh produce.

This, Cochran-Johnson says, has led to food deserts and insecurity in the black community and contributes to growing disparities and health consequences.

“I do not have a complete problem with dollar stores, but I take issue with any store that could cause detrimental or adverse effects on my community,” she said.

“There’s a difference in having a presence and an oversaturation. The intent is not to ban – but to take a critical look.”

There are more than 120 dollar stores across DeKalb County, but most have rapidly expanded across Cochran-Johnson’s unincorporated Super District 7.

That’s according to the nonprofit research and advocacy group the Institute for Local Self-Reliance, which has spent the last decade documenting nationwide the relationship between dollar store expansion, supermarkets and community health impacts.

Dollar General also reached out to the WABE newsoom in a statement that said it’s proud to serve DeKalb, and “although we are not a grocery store, each of Dollar General’s 20 stores in DeKalb County offer customers with components of a healthy diet including milk, eggs, bread, cheese, frozen and canned vegetables, grains, and lean proteins.

Editor’s note: This story has been updated to add responses/links from Family Dollar and Dollar General.