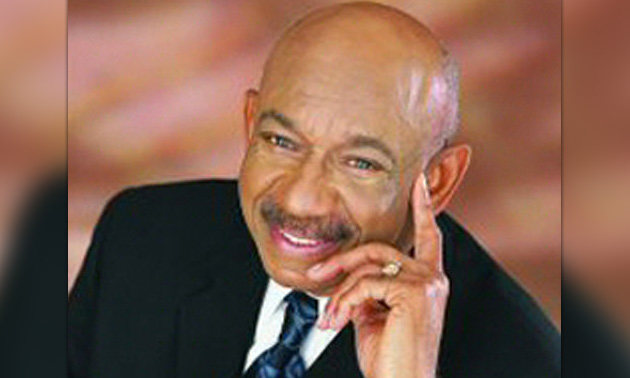 Two for Two – Building Atlanta: The Story of Herman J. Russell Will be Featured at The BronzeLens Film Festival in August And Won a Silver Telly Award in July

ATLANTA (July 10, 2020) – Yesterday it was announced during a BronzeLens Film Festival Facebook Live session by Kathleen Bertrand that documentary film ‘Building Atlanta: The Story of Herman J. Russell’ will be screened virtually during the 11thannual, Atlanta-based BronzeLens Film Festival August 11 – 16 on bronzelens.com. Late last month, the documentary also won a Silver Telly Award in the general documentary category of the 41st annual competition, a premier award honoring videos across all screens.

‘Building Atlanta’ is about the inspiring life and legacy of the Atlanta businessman who founded of one of the country’s largest, black-owned commercial real estate development and construction firms, H. J. Russell & Company. It premiered on ATL PBA in February of 2020. The nearly hour-long film took more than a year to produce, featuring interviews with family and notable Atlantans who knew Herman J. Russell well.

“We are deeply honored that the documentary depicting our father’s life won a prestigious Telly Award and has been chosen to be screened at the BronzeLens Film Festival, an international festival notorious for celebrating Black filmmakers and films about Black subjects, held from our own hometown,” said Michael B. Russell, CEO, H. J. Russell & Company. “It will serve as an avenue by which more people will get to know the man who helped inspire and shape not only our lives, but also the skyline of Atlanta by helping to create an inclusive, partnering workforce in this important southern city.”

The Russell family felt it was important to document the legacy of their family patriarch in film for generations to enjoy and to be inspired by, so they enlisted the talent of Emmy Award-winning father and son filmmakers David and John Duke of Living Stories Film & Video. The Dukes produced, wrote, and directed the film in coordination with the family and others who intimately knew Mr. Russell. As early as the age of 8, Herman J. Russell was inspired to build and own real estate, and to be his own employer. He felt an urgency to create jobs especially during difficult economic times, and his entrepreneurial spirit was as strong as ever when he passed away in 2014.

The film tells Herman J. Russell’s story entirely through the voices of people who witnessed first-hand his challenges of the times, including during the Jim Crow era in the segregated South. As Robert “Bob” Holder, Founder and Chairman of Holder Construction, says, “Herman and I were born within a month of each other, and within three miles of each other – but the two worlds could not have been more different. Everything I was born into was designed to make sure I succeeded; everything he was born into was designed to be sure he did not succeed. And Herman, in his lifetime, overcame all of that.”

“We’ve always been proud of our father’s accomplishments, but to see his life illustrated so beautifully in this film is so rewarding for our entire family,” said Herman Russell’s other two children, H. Jerome Russell and Donata Russell Ross. “We’re excited that, by being accepted into the BronzeLens Film Festival, so many others around the country and world will get a chance to get to know him too.”

The full documentary is hosted on H. J. Russell & Company’s YouTube channel and on PBA.org.

About​ The Telly Awards

Based in New York, and established in 1979, The Telly Awards is the premier award honoring video and television across all screens. Annually, The Telly Awards receives over 12,000 entries from all 50 states and 5 continents. Entrants are judged by The Telly Awards Judging Council – ​an industry body of over 200 leading experts including advertising agencies, production companies, and major television networks, reflective of the multiscreen industry and includes executives from Dow Jones, Duplass Brothers Productions, Complex Networks, A&E Networks, Hearst Media, ESPN Films, RYOT, Vice+ and Vimeo. Long standing partners of The Telly Awards include NAB, Stash, Storyhunter, NYWIFT and LAPPG. New partners include Production Hub, IFP, Catalyst, Social Media Week and VidCon.

About the BronzeLens Film Festival

BronzeLens Film Festival of Atlanta, Georgia, is a non-profit organization, founded in 2009, that is dedicated to bringing national and worldwide attention to Atlanta as a center for film and film production for people of color. Its mission is two-fold: to promote Atlanta as the new film mecca for people of color, and to showcase films and provide networking opportunities that will develop the next generation of filmmakers. Since its inception, BronzeLens producers have brought national and worldwide attention to Atlanta, helping to showcase the city as a leader in the thriving film industry.

In 2017 the Academy of Motion Picture Arts and Sciences approved BronzeLens as a qualifying festival for the Short Film Awards category. The short film that receives the BronzeLens Best Short Award is eligible to enter the Academy’s Short Subject competition for the concurrent season.