Family of 9-year-old bullied into suicide fights back 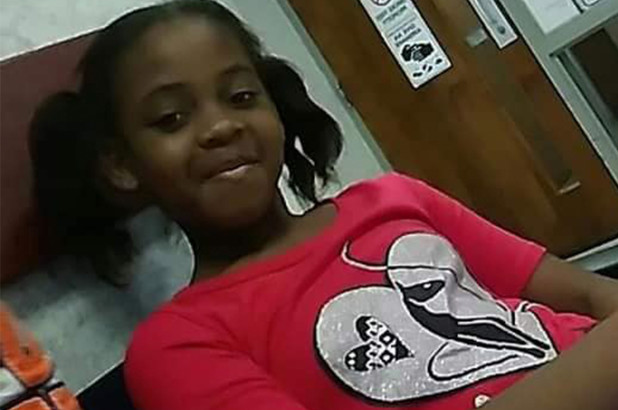 Family of 9-year-old Alabama Girl Bullied into Suicide Sues School Officials and Teacher Who Ignored Her Complaints of Abuse; “Tell it to the wall,” Her Teacher Allegedly SaidLeading plaintiffs’ law firm Grant & Eisenhofer files suit in Southern District of Alabama over persistent and cruel abuse of a fourth-grader and stunning indifference of her school, U.S. Jones Elementary, which is named for a local pioneer in educating African-AmericansSELMA, ALA. (January 16, 2020) – The family of a nine-year-old girl in Linden, Alabama, who hung herself in December 2018 has filed a lawsuit against her school and various school district officials who allegedly were fully aware of the persistent abuse and bullying directed at her and took no action to stop it.The suicide of 9-year-old Mckenzie Adams made national news in an era of heightened vigilance over school bullying as well as evidence of its stubborn persistence, often abetted by social media. The U.S. Dept. of Health and Human Services estimates that up to a third of students are bullied in school, with only 20-30% reporting it.Mckenzie did report her abuse, which was aimed at her gender as well as her race (she was African-American), and also targeted her friendship with a white classmate, with whom she rode to school. Her primary tormenters, whose behavioral issues were well known to the school, attacked her verbally and via hand-written notes using racist and obscene taunts, including dares that she kill herself. Mckenzie’s mother and grandmother repeatedly brought the harassment to the attention of both school and district officials; they were turned away and ignored.The lawsuit was filed in U.S. District Court for the Southern District of Alabama (Selma) by leading national plaintiffs’ law firm Grant & Eisenhofer. It seeks a jury trial and compensatory and punitive damages. Named defendants include Demopolis City Schools, a district in western Alabama some 100 miles from Birmingham; U.S. Jones Elementary School; Demopolis City Schools superintendent Kyle Kallhoff; former Jones Elementary School principal and assistant principal Tori Infinger and Tracy Stewart, respectively.Also cited as defendant is Gloria Mims, Mckenzie’s fourth-grade teacher, who is alleged to have responded on multiple occasions to her complaints of bullying, “Tell it to the wall because I do not want to hear it.”Grant & Eisenhofer director Diandra Debrosse Zimmermann said, “This case is a shocking example of the abject failure of adults in positions of responsibility to protect a young girl who was continuously picked on and abused by classmates. Not only was Mckenzie ignored by adults at her school, but her mother and grandmother were as well, at the school and district levels. The ultimate consequence of this lack of interest and empathy was the tragic death of a 9-year-old.”Ms. Debrosse Zimmerman founded Grant & Eisenhofer’s Birmingham office in 2019.In mid-2018 Alabama passed an enhanced anti-bullying law, the Jamari Terrell Williams Bullying Prevention Act, named for another young student, age 10, who was tormented at public school until he took his own life. The law requires schools to define, control, report, and take other measures against bullying, but the complaint alleges that Demopolis school district and U.S. Jones Elementary failed to comply. More than a month after Mckenzie’s death the Demopolis school board held a meeting to consider policies compliant with the Act; nearly two months after her death it voted to enact a model program contained in the Act—one that had been available to them for eight months.Moreover, at least some of the teachers and administrators at U.S. Jones Elementary, including defendants in the Mckenzie Adams lawsuit, were aware of bullying’s role as a potential contributor to suicide, as laid out in the Jason Flatt Act, law in Alabama since 2016.That, too, apparently did not prompt them to protect her.The lawsuit filed by the Adams family calls out the “deliberate indifference” of the defendants to the persecution Mckenzie endured and their repeated failures – in violation of state law – to prevent it, to report it to superiors where applicable, or to apply any of the anti-bullying rules in force at the time.Specifically, the suit cites violations of Title VI and Title IX of federal law, for “deliberate indifference” and the “subjectively and objectively unreasonable” behavior of school and district officials when informed of the bullying Mckenzie suffered.The suit also alleges violations of her 14th Amendment right to equal protection under the law, in the failure to protect Mckenzie from gender- and racially-based harassment, to train teachers to recognize and deal with bullying, and to enact and enforce anti-bullying policies.Finally, the complaint contends that negligent, reckless, and/or wanton conduct on the part of all the defendants enabled an atmosphere at U.S. Jones Elementary in which intimidation, harassment, and bullying flourished, without proper training and with only minimal procedures in place to counteract it—procedures that the defendants nonetheless ignored.“The behavior of school and district officials was not only morally appalling but also a direct contravention of federal and state law, which require schools to enact and enforce policies against harassment and bullying,” said Grant & Eisenhofer’s Ms. Zimmermann. “U.S. Jones Elementary, which says its mission ‘is to ensure that students are safe, loved, and provided opportunities to develop,’ tragically failed at all three in Mckenzie

The post Family of 9-year-old bullied into suicide fights back appeared first on Atlanta Daily World.