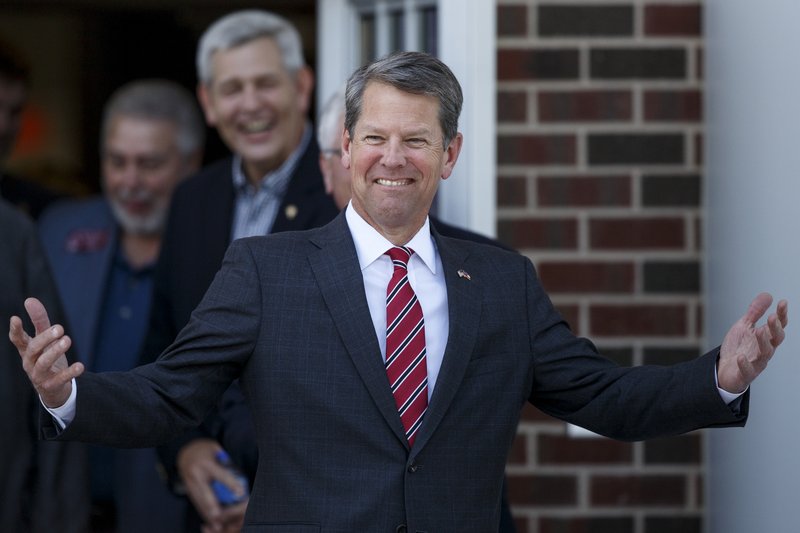 This morning, following record spikes in COVID-19 numbers at college campuses across Georgia, the Democratic Party of Georgia held a virtual press conference with students from Georgia colleges and universities to speak out on the impacts of Donald Trump and Brian Kemp’s failed leadership, and the consequences for college students.

Read what these students had to say:

“Today, thousands of college students across Georgia are facing a new reality due to Donald Trump and Brian Kemp’s failed leadership. For some, students were forced back into in-person classes, risking their lives every day in order to receive an education. Others were not given the option of returning to classes this fall and are forced into online education. Regardless of the situation college students find themselves in, there is one clear idea: it did not have to be that bad. Brian Kemp and Donald Trump’s complete failure to manage this virus has set our country back.” Alex Chanen, Emory University

“I know that if Trump and his administration had taken the virus seriously from January 21st, that I would be back in class today just like my friends are in other countries. What can you expect from college students when the President of the United States, who should be serving as an example to all of us, refused to wear a mask for the first three months of the virus and just last week hosted a super spreader event on the White House lawn?” Libby Steger, Georgia State University

“I have gotten countless messages from students and workers at my university who are extremely concerned about the handling of coronavirus on campus. I really want Brian Kmep and Donald Trump to look at what they have caused hundreds of thousands of people to miss out on. The deaths from COVID could have been prevented if they would have taken leadership and ownership of what they can actually do.” Arianna Mbunwe, University of Georgia

“Cases at UGA have quadrupled in the last week, and students are getting more and more infectious while we still don’t have enough testing. Our lack of leadership at federal and state levels are the biggest factor as to why the pandemic has gotten as bad as it has in this country especially in Georgia. The first step in the fight for fundamental change is to ensure the defeat of Trump and the Republicans.” Ramin Zareian, University of Georgia

“If this pandemic had been taken seriously from the beginning, students would not need to be sacrificing their health for their education. This lack of care for American citizens is not just on the national level, but with Brian Kemp as Governor, it’s on the state level as well. Donald Trump’s failing leadership and Brian Kemp’s refusal to make plans to contain COVID in Georgia have gone hand in hand to worsen the conditions in this state.” Eden Yonas, Emory University