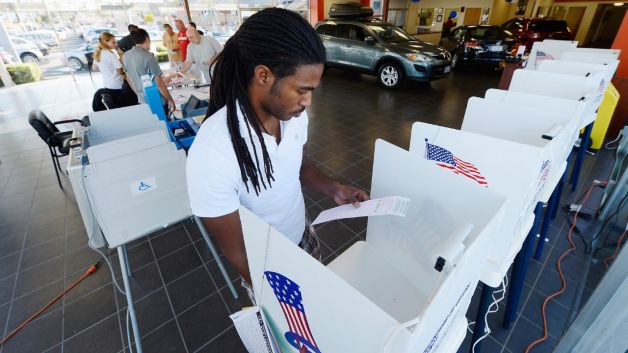 ATLANTA — Aklima Khondoker, Georgia State Director of All Voting is Local, issued the following statement in response to Georgia legislators’ rush to advance SB 463, which would ban state election officials from mailing absentee ballot applications to eligible voters, threatening to silence them. The bill only aims to further restrict access to the ballot on the heels of Georgia’s catastrophic primary election on June 9 and could pass as early as tomorrow.

“Instead of accepting responsibility for our failing elections as our chief elections officer, Secretary of State Raffensperger has continued to blame county officials for problems that were always his job to resolve. Now, state lawmakers are abdicating their duty to voters. If this bill passes, Georgia will have no election oversight. Period.

“A useful first-step to expand voting access to all Georgians was to send all active-voters an absentee ballot application. But that is where the progress stopped. Georgia voters need open and available access to absentee voting, especially during the COVID-19 pandemic. We urge the legislature to stop this bill and remove barriers to voting.”

Senate Bill 463 threatens our elections by:

Removing election oversight from the State Election Board, and shifting it to counties, which are understaffed, undersourced, and are not responsible for complete oversight of county elections, without providing additional funding, training, or support.
Prohibiting any government official from proactively mailing voters absentee ballot applications.
Requiring voters print and mail copies of their photo ID so that their ballots are not rejected, an undue hardship for less affluent Georgians who cannot afford broadband access, printer, paper, and/or ink.
Failing to require adequate notification of polling place changes, effectively keeping critical voting site changes away from voters.
Rejecting an amendment that would let voters request an absentee ballot once for all elections in one cycle;
Delaying the addition of an online portal for ordering absentee ballots to July 2021 that would not address any of the absentee ballot issues encountered this year.