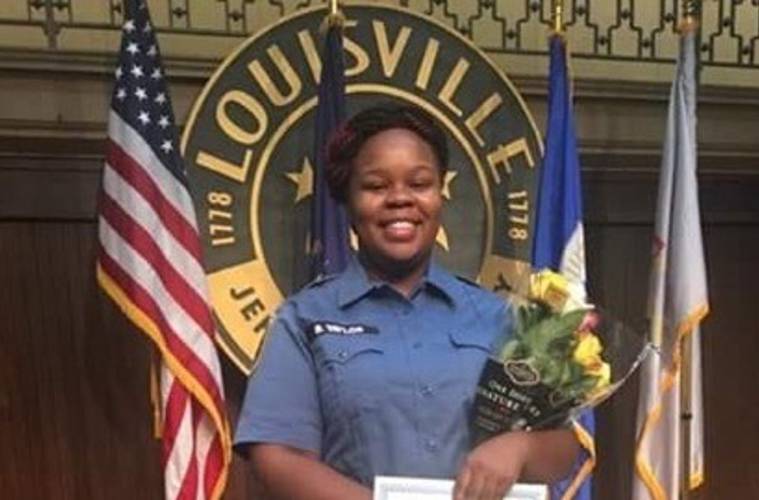 Georgia teacher, Susan McCoy is receiving major criticism and clap back for a lie she told to her students at Pebblebrook High School in Mableton, Georgia. The misguided forensic science teacher told students during a Zoom class that Breonna Taylor was responsible for her own death because Taylor associated with “people shouldn’t have,” and that her decision played a role in her death.

“She was hanging out with the guy who was wanted on charges,” McCoy incorrectly said. “[The police] knocked and he fired at them and they fired back. You know if you hang out with people who are criminals, and they shoot at a cop, you’re likely to get caught in the crossfire.”

McCoy also referred to her as “what’s her name? Breonna something – the one that was killed in the gunfire from the cops.”

McCoy also told her class that even though her death was “sad … Taylor put herself in that position by hanging out with somebody she shouldn’t have been with,” referring to Taylor’s boyfriend ? Walker.

The truth and the facts bear out that both Taylor and Walker were victims of a bad no-knock warrant that St. Louis police got wrong which culminated in the death of an innocent young woman.

Walker wasn’t wanted on any charges and had no criminal record. When police from the Louisville Metro Police Department executed the no-knock warrant on Taylor’s home on March 13, 2020, they were looking for an ex-boyfriend who Taylor was no longer involved with. During the failed raid, they fired 20 rounds of bullets and Taylor was struck six times, the Louisville-Courier reported. Taylor, a 26-year-old emergency room technician, also didn’t have a criminal record.

Update: teacher Susan McCoy has sent out an apology video for her offensive and racist comments about Breonna Taylor made during a class zoom session. pic.twitter.com/Y6nfth14C2

After a clip from the class went viral, McCoy issued an apology via social media, Yahoo News reported.

“I want to apologize sincerely publicly for things I said today in my class that had to do with something that I was very ignorant about. I’m just heartbroken that I said something so rude and disrespectful.

All I can do is say I’m so sorry. I should never have talked about something that I didn’t understand and I truly, truly apologize and ask for forgiveness and hope that someday I can have that trust back with my students that I know that I lost.”

Pebblebrook High School hasn’t issued a statement regarding McCoy’s comments or the future of her employment.

The post Georgia Teacher Faces Backlash for Telling Students Breonna Taylor was Responsible for Her Own Death appeared first on Atlanta Daily World.