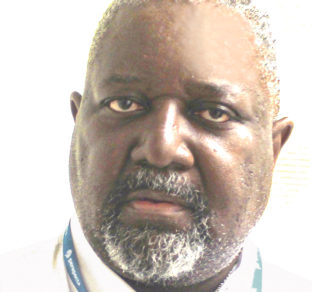 Then, America was in a state of turmoil following the April 4 assassinations of Dr. Martin Luther King, Jr. and, soon after, the June 5 fatal shooting of then- U.S. Sen. Robert F. Kennedy, a candidate well-positioned to win the Democratic nomination for the 1968 presidential election.

The violent death of Dr. King was an event that rocked the core of black Americans, many who considered him the savior who would finally help even the playing field in a nation steeped in Jim Crow laws, its foundations embedded in the 18th-century slave trade.

Sen. Kennedy, as well as his deceased brother, President John F. Kennedy, was considered a fair man who would also lead the charge as the young, new politician, with values targeted toward alleviating America’s unfair treatment of African Americans.

In 1968, those bright hopes and dreams ended abruptly with their unexpected and sudden deaths.

Fast-forward some 52 years to the spring of 2020. I’m now 62. Once again, we’re immersed in a series of racially polarizing and world-changing events. Amid the somber effects of the coronavirus, many Americans were already psychologically and emotionally wrecked since the virus took hold in early March, ending jobs and lives.

As a former longtime resident of Georgia, I was personally impacted by the video released in May of two white men who tracked down and killed a young black man, Ahmaud Arbery, who was jogging in “their” neighborhood. It reignited a flame that historically has saddled America’s South.

But within weeks, we saw the groundbreaking video of George Floyd’s murder at the hands of a Minneapolis police officer. To me, that is when the wake-up call blasted out to end the illegal, racist behavior toward African Americans and other minorities.

The event has and continues to adversely impact billions, nationally and internationally. As of press time, the protest marches continue worldwide.

The video of George Floyd was so unbelievable that it was difficult for me to watch. It is hard to fathom that such an incident could occur in the 21st-century United States.

Like most Americans, I immediately felt sorry for Floyd’s family, and also for the millions of young people of all races and cultures whom had never seen an incident so inhumane. Not in 2020. And hopefully, never again.

As a descendant of two parents who were raised in segregated Georgia in the early 1900s to mid-1940s, I’m proud to say that my upbringing in Western Pennsylvania had a full impact on my life. From the time of my early education to the time I entered the job market, I’ve adopted mechanisms to thrive even when faced with obvious, racially-based oppression and systemic racism.

When I was a young man, my parents ensured that my brothers and sisters were well equipped to appropriately respond when encountered by aggressive law enforcement personnel. “The talk” was and is a protection mechanism passed down the ranks from grandparents, fathers, uncles, cousins and nephews to children and in my case, to my godchildren.

As a lifelong journalist, I have often witnessed unfair hiring practices at America’s premier newspapers. On the rare occasions I was offered a job interview there, managing editors would often tell me that minority reporters such as myself were not qualified because we lacked daily newsroom experience. But if we were never given an initial opportunity, how were we supposed to acquire the necessary daily newsroom experience?

Racism was, and continues to be, a reality in our country.

However, one powerful televised moment stands out to me. At a march for George Floyd’s homegoing in Houston, a three-year-old girl saw a line of police SWAT team members and asked her father if the police were coming to “shoot them.”

Then, an officer stopped to comfort the little girl — stating that she and her family were safe and able to march and demonstrate as they pleased. Those types of hopeful images can impact our youth and the law enforcement community.

Who has the answers? Money and support has poured in from corporations, churches, athletes and entertainers, and even Pope Francis has expressed his awareness and support.

As a man of God, I pray that the religious community can step up and develop some type of healthy dialogue with other denominations and religious groups — with the sole purpose of ending the ongoing unfairness in society.

Hopefully, there’ll be a conglomeration of organizations that’ll collectively lead the charge in fixing the wrongs in America, and internationally, that have for so many years utilized systematic racism — again, to unfairly and primarily target and harm people of color. Black men, along with our mothers, sisters and all in between, know and have lived the real story.

Those who march worldwide in the streets to protest current and past inhumane treatment of people of color are clearly reacting to what they believe are racist practices.

To our young people: Continue to march and make the world aware of the inequities that continue to plague black Americans. It’s an ongoing struggle, but facing reality is long overdue. Sadly, George Floyd had to pay the ultimate price in order for the world to awaken.