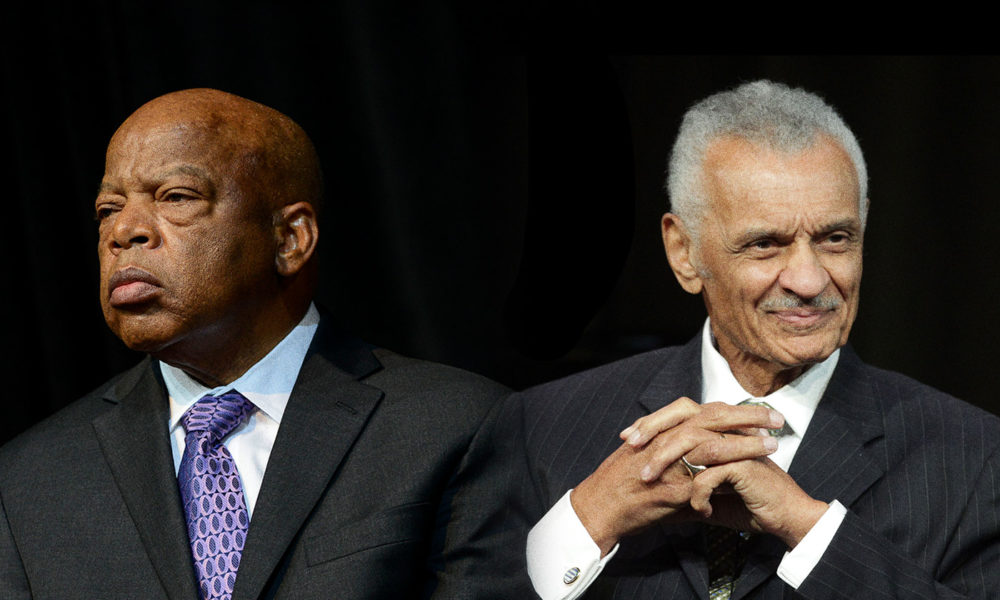 First came the announcement that the Rev. C.T. Vivian, an early and key adviser to the Rev. Martin Luther King Jr., had died at the age of 95.

Then late Friday night, it was announced that John Lewis, civil rights leader and congressman, had died at the age of 80.

Vivian started in the movement by staging a sit-in against segregation in Peoria, Illinois, in the 1940s, decades before protests by college students led by young activists like Lewis made national news.

Lewis began by participating in sit-ins, mass meetings and the landmark “Freedom Rides” of 1961 that tested racial segregation in the South. He was the youngest and last survivor of the Big Six civil rights leaders, a group led by King that had the greatest impact on the movement.

At 23, he was the youngest speaker at the March on Washington for Jobs and Freedom in 1963. At 25, Lewis was beaten by police and had his skull fractured while leading about 600 protesters in the “Bloody Sunday” march across the Edmund Pettus Bridge in Selma, Alabama, in 1965.

Since his election in 1986, he has been the “Conscience of Congress,” a distinction he received from his colleagues in the House because of his pursuit for justice.

Vivian had challenged a segregationist sheriff while trying to register Black voters before hundreds marched across the Edmund Pettus Bridge.

“You can turn your back now and you can keep your club in your hand, but you cannot beat down justice. And we will register to vote because as citizens of these United States we have the right to do it,” Vivian said to Sheriff Jim Clark as the camera rolled. The sheriff then punched him. News coverage of the event helped tuned a local registration drive into a national incident.

Both worked with King. Vivian’s role was as an adviser and organizer. King made Vivian his national director of affiliates at the Southern Christian Leadership Conference and sent him around the South to register voters.

Both were part of a movement that eventually forced federal intervention across the South.

These two courageous and committed men risked their lives for civil rights for Black Americans that expanded opportunity for all Americans.

President Barack Obama honored Lewis in 2011 and Vivian in 2013 with the Presidential Medal of Freedom, the nation’s highest civilian honor.

Because of their service and sacrifice, Black Americans received legally equality. The civil rights movement helped to outlaw segregation in schools, public place and jobs; gave all Black people the right to vote and banned discrimination in housing.

We can best honor the memories of John Lewis, C.T. Vivian and other civil rights leaders by continuing to advocate for justice and equality.

(Reprinted from the Philadelphia Tribune.)