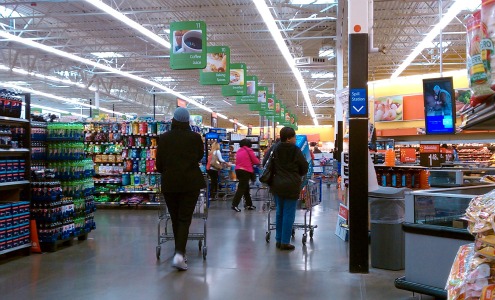 Even before the crisis, nearly 15 percent of children in Georgia lived in food insecure households

The newest COVID-19 relief bill (the “Heroes Act”) that passed the U.S. House of Representatives last night would – if passed by the U.S. Senate and signed into law by President Trump – provide low-income Georgia families and individuals with at least $391 million extra over the next 16 months to purchase groceries or food at farmers markets, thereby both reducing hunger and stimulating the state’s economy.

That boost in food funding would be accomplished in the bill by a 15 percent increase in benefits for SNAP (Supplemental Nutrition Assistance Program), formerly known as the Food Stamp Program. That hike would increase the average SNAP benefit nationwide by about 20 cents per meal, from the current level of $1.34 per meal to $1.54 per meal.

In response to the bill passing the House, Joel Berg, CEO of Hunger Free America, a nationwide direct service and advocacy organization, said: “Given Georgia’s high rate of hunger even before this current crisis, and the skyrocketing hunger now, the extra $391 million in food aid to the state is urgently needed. Hungry Georgia families shouldn’t need to wait to get this extra nutrition aid, and Georgia food stores and farmers markets shouldn’t need to wait to get this extra income. The U.S. Senate should pass this bill immediately, and President Trump should then immediately sign it into law.”

In 2016-2018, when the economy was still strong, nearly 15 percent of children in Georgia — or 367,779 kids — lived in households that were unable to afford enough food, according to Hunger Free America’s 2019 U.S. Hunger Atlas, based on an analysis of federal data. The report also found that, in 2016-2018, nearly 12 percent of all Georgia residents — more than 1.2 million individuals — were still food insecure. Eight percent of working people as well as more than 8 percent of seniors in Georgia were food insecure during that time period. Since the COVID-19 crisis, the already high rate of state hunger has skyrocketed, as evidenced by the 30-40 percent reported increase in demand at Georgia food banks.

Child hunger is soaring across America during the current health and economic crises, with 37 percent of parents nationwide cutting the size of meals or skipping meals for their children because they did not have enough money for food in March, according to a recent poll of more than 1,000 Americans nationwide by Hunger Free America. That means that child hunger has increased five-fold nationwide during the crisis.

In addition to including a 15 percent increase for SNAP funding, the Heroes Act that passed the House also includes the following measures that would significantly reduce hunger and increase economic activity in the state of Georgia:

Boosts the minimum monthly SNAP benefit from the current level of $16 to $30.
Puts on hold Trump Administration rules to slash SNAP.
Extends the length of time that the Pandemic-EBT Program – which increases the food purchasing power of families with kids in closed schools – stays in effect.
Extends the Pandemic-EBT Program to include younger children who normally would be going to daycare programs.
Allows people to temporarily buy hot foods with SNAP at retail outlets that already accept SNAP.
Increases funding for WIC nutritional supplements for pregnant women and small children.
Increases funding for school meals departments within school districts.
Provides more food and funding to food distribution charities.
Continued Berg, “This bill is a giant life preserver for a nation drowning in hunger. The single best way – by far – to get the largest amount of food to the greatest number of low-income people in this crisis is to dramatically increase participation in pre-existing federal nutrition assistance programs such as SNAP and WIC (which aids pregnant women and small children), as well as new programs such as Pandemic-EBT. This bill would do precisely that. So-called red states need this urgent help just as much – and sometimes even more – than so-called blue states.”