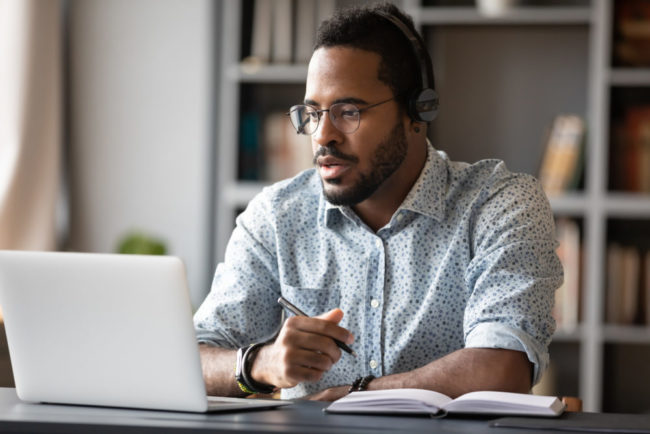 As the remaining days dwindle for small businesses to apply for loans through the federal Paycheck Protection Program (PPP), both banks and federal officials are being challenged by several House leaders to explain how the $670 billion program intended to aid the nation’s small businesses has actually been operating.

Although more than $130 billion remains, the program’s application deadline is June 30.

In two separate but related Hill hearings convened on June 17, the nation’s fiscal status, and how taxpayer dollars dedicated to PPP are being used were the focus of congressional inquiries.

In his prepared remarks, Chairman Powell said, “To support the small business sector, we established the Paycheck Protection Program Liquidity Facility to bolster the effectiveness of the Coronavirus Aid, Relief, and Economic Security Act’s (CARES Act) Paycheck Protection Program… This direct support can make a critical difference not just in helping families and businesses in a time of need, but also in limiting long-lasting damage to our economy.”

“If a small or medium-sized business becomes insolvent,” Powell continued, “because the economy recovers too slowly, we lose more than just that business. These businesses are the heart of our economy and often embody the work of generations.”

In speaking to the specific needs of Black and other minority business owners, Powell added, “low-income households have experienced, by far, the sharpest drop in employment, while job losses of African Americans, Hispanics, and women have been greater than that of other groups. If not contained and reversed, the downturn could further widen gaps in economic well-being that the long expansion had made some progress in closing.”

The second June 17 Hill hearing, convened by the House Committee on Small Business, was entitled “Paycheck Protection Program: Loan Forgiveness and Other Challenges. This forum focused on what has generally worked with the program, what has not, the changes Congress has recently made to the program, and suggestions to continue optimizing the program.

Ashley Harrington, the Center for Responsible Lending’s Director of Federal Advocacy and a Senior Policy Counsel testified in the session.

The same day, the Small Business Administration released a new and shorter PPP loan form for certain borrowers. Only three pages in length, this form must certify that employees’ hours were not cut, and that the applying business was unable to operate at pre-coronavirus levels due to health mandates.

The new form might have been in response to the mounting concerns expressed on the program, and the flurry of information requests on approved applicants and respective loan amounts.

The Select Committee on the Coronavirus Crisis, chaired by South Carolina’s Rep. Jim Clyburn demanded that the U.S. Treasury Secretary Steve Mnuchin, the Small Business Administration’s Jovita Carranza, and many of the nation’s largest banks “take immediate steps to ensure that remaining PPP funds are allocated to businesses truly in need, and to increase transparency so taxpayers can see whether federal funds are being diverted due to waste, fraud, and abuse.”

That June 15th letter stated in part, “Of the $310 billion in additional PPP funds appropriated by that law, $60 billion was reserved for various community lenders, which have a proven track record of serving small businesses lacking long-standing relationships with large financial institutions. As of June 6, 2020, SBA had approved more than $511 billion in PPP loans, leaving more than $130 billion available for future lending.”

Continuing the Select Subcommittee added that the agencies “provide more transparency about the administration of this program so American taxpayers can understand whether federal funds are helping vulnerable businesses and saving jobs, or are being diverted due to waste, fraud, and abuse…Contrary to Secretary Mnuchin’s recent testimony, there is nothing ‘proprietary’ or ‘confidential’ about a business receiving millions of dollars appropriated by Congress and taxpayers deserve to know how their money is being spent.”

A similar letter from the Select Subcommittee was sent the same day to CEOS of the following banks: Citibank, Bank of America, JPMorgan Chase, PNC Bank, Santander, U.S. Bank, and Wells Fargo.

The mid-June Select Subcommittee letter is the second time the members expressed PPP concerns. On May 8, the subcommittee asked companies that received $10 million or more in PPP loans to either return funds or provide documents and information explaining why they believed they were eligible to keep the monies. These businesses were also identified as having 600 employees, publicly traded stock, and a minimum market capitalization of $25 million.

On June 13, three other House Committee chairs also expressed their issues with a lack of disclosure with the PPP program.

Representatives Richard E. Neal (Committee on Ways and Means), Maxine Waters (House Financial Services), and Nydia M. Velazquez (Committee on Small Business) jointly wrote both Mnuchin and Carranza, saying in part, “Transparency is critical to ensure the program is operating as intended…Furthermore, we are deeply concerned that Treasury and SBA have yet to share this information with the Government Accountability Office which is required to report to Congress on the CARES Act by the end of the month.”

No one can predict what will or will not result from the pressures to ensure a key federal program will in fact honor its legislative intent. Perhaps Dr. Raphael Bostic, President and CEO of the Atlanta Federal Reserve Bank best summarized Black America’s quest for financial justice:

“A commitment to an inclusive society also means a commitment to an inclusive economy. Such an economy would represent a rebuke of systemic racism and other exclusionary structures. It would represent a true embrace of the principles that all are created equal and should enjoy unburdened life, liberty, and the pursuit of happiness…I believe the Federal Reserve Bank of Atlanta, and the Federal Reserve more generally, can play an important role in helping to reduce racial inequities and br