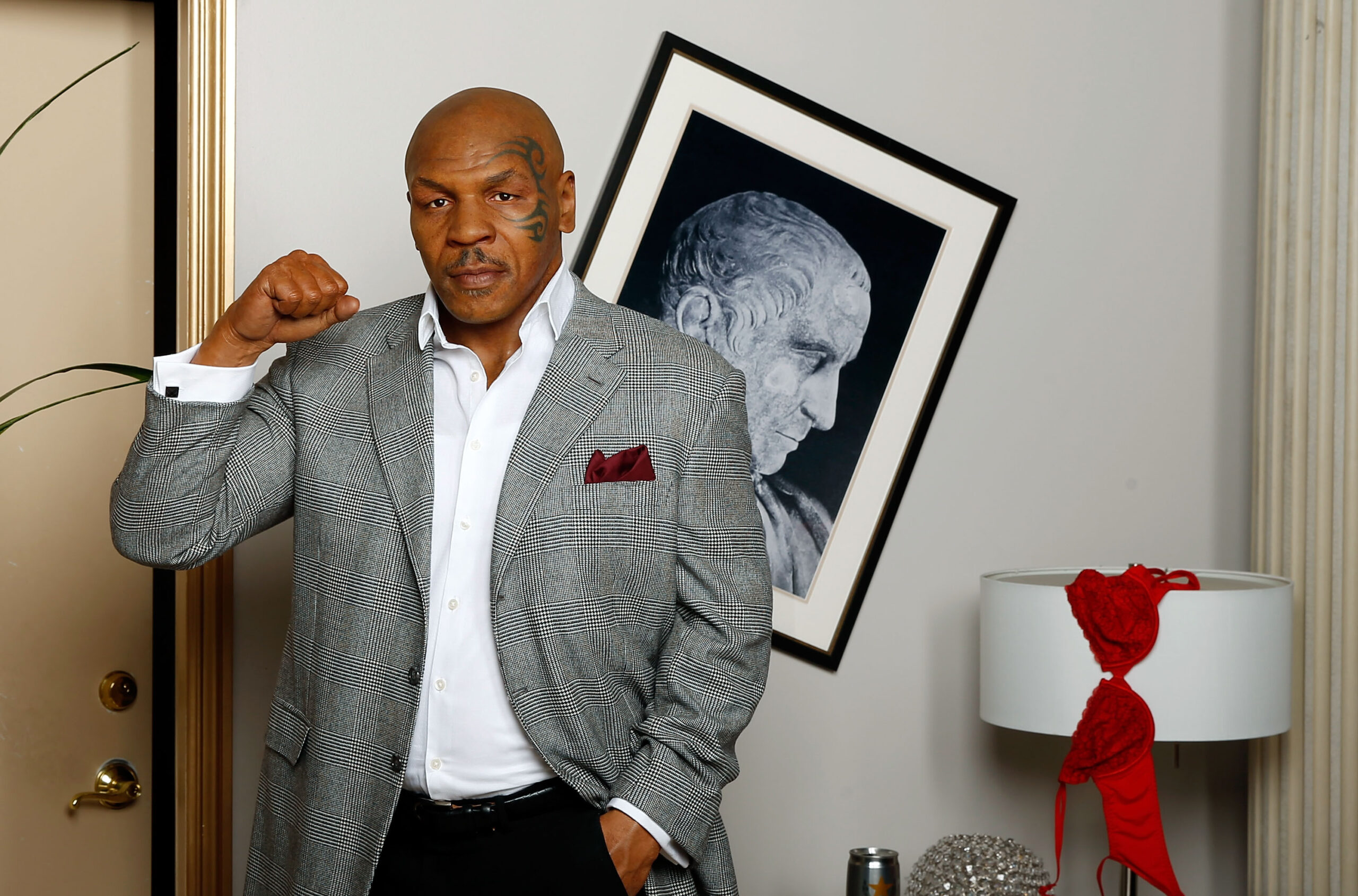 Despite the fact that the Los Angeles Dodgers won a World Series in Texas and the Los Angeles Lakers just won an NBA title in Florida, Brooklyn’s Mike Tyson will soon fight what may be his final match in Los Angeles.

Former heavyweight champions Mike Tyson and Roy Jones Jr. vowed at an official press conference recently, ahead of their November 28 fight in Los Angeles, that both men are training as hard as they did in their primes for their upcoming match.

“I looked at film of Roy when he was at his best because that’s the guy I anticipate fighting,” Tyson said. “I’m in the best shape. I boxed seven rounds so far, and it keeps improving. I’m boxing younger guys and hungry guys, and it’s showing me that, from the looks of things, I’m doing really well.”

Tyson also stressed that he has spared as much as seven full rounds against younger opponents in his training camp for this contest.

“I am the only boss,” he said, referring to his sparring partners. “If you don’t kick my ass, you’re fired. Everyone’s doing their best and if you are not doing your best, you got to go home.”

This fight will be contested over eight two-minute rounds as per the rules of the California State Athletic Commission. Both men stressed the smaller, 12-ounce gloves  and lack of headgear as part of the reason that, from their perspective, this is no exhibition. The winner will be awarded a “Frontline Battle” Belt by the World Boxing Council.

While age may not have softened their desire to win, both men seemed to take a humbler approach when describing his new opponent. Tyson offered that he had turned down offers to face 47-year-old MMA legend and former NFL player Bob Sapp and 48-year-old title contender Shannon Briggs before finding a worthy challenge in Roy Jones, Jr.  Tyson also confirmed rumors that the two had once discussed a potential fight in 2003 at a face-to-face meeting in Texas.

Jones offered similar praise of Tyson as one of boxing’s hardest punchers. Jones described the fight as “bucket list” material.

“Everywhere I go in life, young kids always ask me if I ever fought Mike Tyson. And now I’ll be able to say, Yes I did.’”

Triller will live the stream the match on its streaming service and the fight will be available around the globe on a variety of pay-per-view platforms. The organizers also used the press conference to announce the fight will take place at the Staples Center in downtown Los Angeles, the nominal home of the NBA’s Los Angeles Lakers and the NHL’s Los Angeles Kings.

Earlier this year, the Los Angeles Lakers won an NBA championship without the use of their home court.  Due to the novel coronavirus, the event had not had a live sports event since early March when the Los Angeles King’a played there.

As things stand, the venue will not admit fans, but, the staging of the event in such a prestigious venue may pave the way for fans later if the conditions improve. The fight had previously been scheduled for an outdoor venue in nearby Carson, CA. No reason for the change in venue was announced, leading to speculation that the change could allow live fans to return,  albeit wearing a facemask.

“I usually judge it how I feel that night,” he said.

The post ‘I’m in the best shape’ Mike Tyson Says Ahead of Fight with Jones appeared first on Zenger News.

The post ‘I’m in the best shape’ Mike Tyson Says Ahead of Fight with Jones appeared first on Atlanta Daily World.