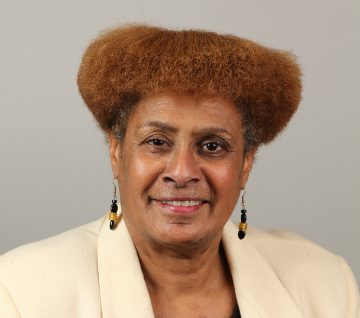 Jason Dozier, an Atlanta native, Iraq and Afghanistan veteran, and community activist continues to be the top fundraiser in the highly contentious race for Atlanta City Council District 4. Dozier reported raising $35,328.56 on his April 2021 campaign financial disclosure, which gives him $80,940.12 total raised since he filed to renew his bid for Atlanta City Council District 4 fewer than four months ago.

“This has been an extremely humbling experience,” the Mechanicsville community organizer said. “We’ve focused our campaign on core issues around displacement, safe streets, and safe neighborhoods, and that message has clearly resonated with our supporters. We will certainly use this momentum to engage each and every voter across the district over the next six months.”

Dozier is facing 28-year incumbent Cleta Winslow, who reported raising $750 during this fundraising quarter. This is the first financial contribution Councilmember Winslow has disclosed in more than four years.

Dozier continues his campaign with more than $52,000 cash on hand.

Jason Dozier is an Atlanta native and lives in the Mechanicsville community with his wife, Claire, and his daughter, Rayna. He earned his Master of Public Administration degree from the University of Georgia and currently works as a director at Hire Heroes USA, a non-profit which helps veterans earn good-paying jobs. Jason served in the Army as a reconnaissance officer in both Iraq and Afghanistan, earning the Bronze Star Medal and the Army Commendation Medal as a result of his service. In addition to his professional work with military veterans, Jason serves as a community advocate and organizer in the Mechanicsville neighborhood where he co-founded and co-chairs the Intrenchment Creek Community Stewardship Council, an environmental justice organization serving our south Atlanta communities.