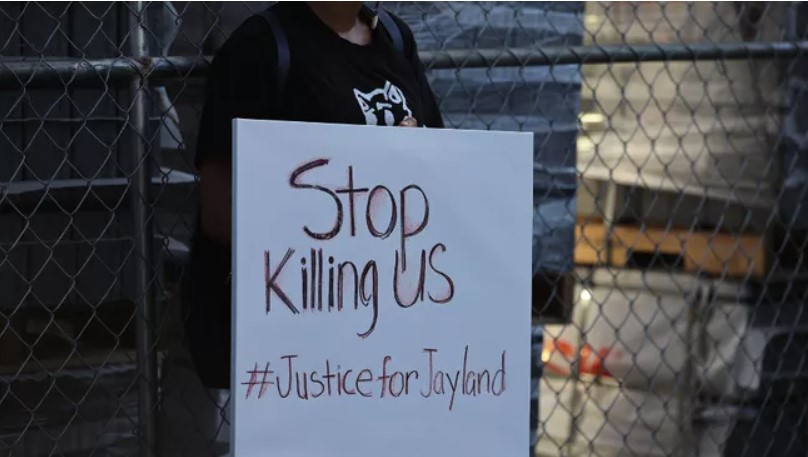 Jayland Walker, the Black motorist killed by Ohio officers, sustained 46 gunshot wounds at the hands of police, a medical examiner has revealed.

On Friday (July 15), Summit County Medical Examiner Lisa Kohler announced that the 46 shots resulting in Walker’s death on June 27 were from entrance and graze wounds, per an autopsy summary.

Walker, 25, died from internal bleeding due to multiple gunshot wounds. The manner of death was ruled a homicide, shot by others, Kohler added.

The Summit County Medical Examiner also broke down his injuries — Walker suffered from 15 gunshot wounds to his torso, 17 to his pelvis and upper legs, one to the face, eight to his arms and right hand, and five to his knees, lower right leg, and right foot.

Among the 46 shots, 15 were exit wounds and five were graze wounds, Kohler noted.

Last month, Walker was killed by Akron police during a car chase.

Officers were unable to pull Walker over for an unspecified traffic violation and began a pursuit.

Akron officers “reported a firearm being discharged from the suspect vehicle,” the department said.

Walker jumped out of his moving car, and officers began chasing him on foot, eventually discharging dozens of bullets.

The 25-year-old was pronounced dead at the scene and no gun was found on his body.

According to Akron police, Walker’s actions “caused the officers to perceive he posed a deadly threat to them,” which led them to open fire.

The eight police officers involved in the fatal incident are currently on administrative leave. The Ohio attorney general’s Bureau of Criminal Investigation is leading the probe into the use of force by Akron police.

Reading about Black trauma can have an impact on your mental health. If you or someone you know need immediate mental health help, text “STRENGTH” to the Crisis Text Line at 741-741 to be connected to a certified crisis counselor. These additional resources are also available: