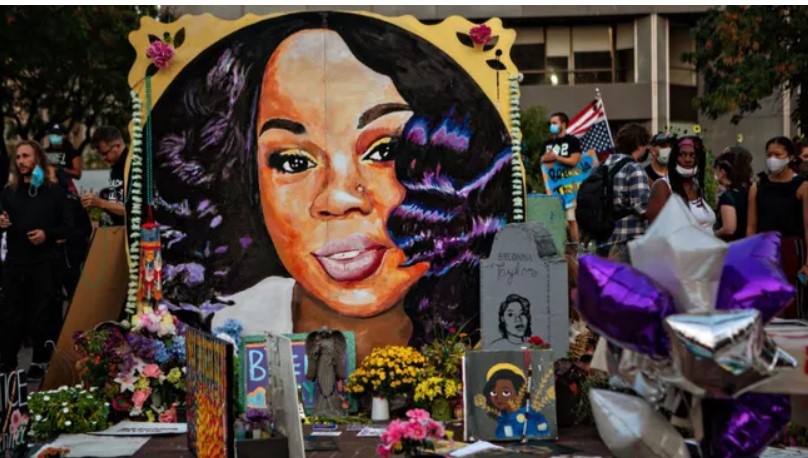 After just three hours of deliberation, a jury has found former Louisville officer Brett Hankison not guilty on all charges related to the shots he fired into the home of Breonna Taylor during a botched no-knock raid that left the 26-year-old dead.

Hankison was charged with three counts of wanton endangerment not for killing Taylor, an emergency technician who was aspiring to become a nurse, but for the shots he blindly fired into the neighboring apartment.

Hankison was the only officer involved in the botched raid that faced any criminal charges. The remainder of the officers were fired from the department after internal investigations revealed misconduct in how the no-knock search warrant was obtained.

Taylor’s boyfriend, Kenneth Walker Jr, fired at officers during the raid, and has maintained that officers failed to announce themselves before entering the apartment. Walker has since filed a lawsuit against Louisville police, and had to receive the public support of civil rights attorneys, local activists, and celebrities to get charges against him dropped.

Police officials at one point said Louisville Mayor Greg Fischer‘s urban renewal push was partially to blame for the raid, as law enforcement was encouraged to do drug searches in Taylor’s neighborhood and surrounding community.

It took a jury about three hours to find ex-LMPD Detective Brett Hankison NOT GUILTY on ALL COUNTS of wanton endangerment for the March 2020 shooting that also left Breonna Taylor dead.

Hankison is the same officer who asked for his $15,000 bail money back.

Reading about Black trauma can have an impact on your mental health. If you or someone you know need immediate mental health help, text “STRENGTH” to the Crisis Text Line at 741-741 to be connected to a certified crisis counselor.