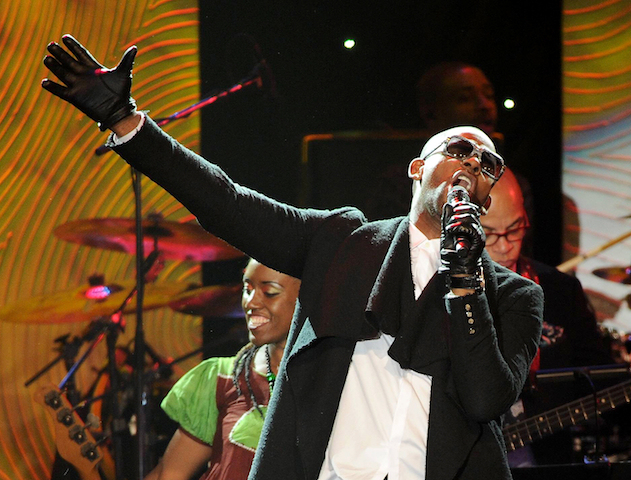 Kelly, 52, had reportedly stepped out to smoke a cigarette and walk his dog when he was obtained by Homeland Security Agents and the NYPD task Force.

Charges continue to pile on for the singer as he recently appeared in criminal court in early July where prosecutors introduced new sex tape evidence reportedly showing the singer engaging in sexual activity with underage girl, raising his charge count at the time from 10 to 18.

The new, 13-count indictment passed down by federal court on Thursday include charges of child pornography, racketeering, enticement of a minor, obstruction of justice and other sex related crimes against women and young girls.

The 18-page indictments details that R. Kelly and members of his team regularly recruited young women, inviting them back stage following performances and arranging travel for some to visit the singer, providing them with lodging in some cases, but not allowing them to leave their rooms without expressed permission from a designated member of his entourage.

Other listed restrictions included, not being permitted to look at other men, keeping their heads down and wearing baggy clothing when not accompanied by Kelly or a member of his team.

It is not currently clear when Kelly is expected to be released from custody, although a bail hearing is reported scheduled for next week. Kelly is also scheduled to appear in court in Chicago on Thursday, Aug. 15 on local charges filled in early May, before being transported to New York to face the newly added federal charges.

Kelly is currently being detained at Metropolitan Correctional Center located in downtown Chicago., according to the Federal Bureau of Prisons website.