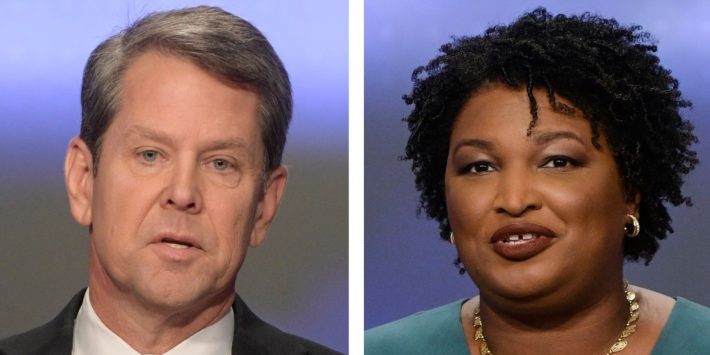 Georgia Gov. Brian Kemp struck out with the MLB and is deflecting the backlash for the vindictive and repressive voting legislation he signed into law after losing the state to Democrats in the 2020 elections, he is blaming Democratic opposition to the Georgia voter suppression law rather than the law itself for Major League Baseball’s decision to move the mid-season All-Star Game out of the state.

“This attack on our state is the direct result of repeated lies from Joe Biden and Stacey Abrams about a bill that expands access to the ballot box and ensures the integrity of our elections,” Kemp attempted to assert.

Kemp contends that the MLB put the wishes of Stacy Abrams and Joe Biden ahead of the economic needs of Georgians depending on the event for income and economic well-being.

Abrams made a statement on Friday, April 3, saying that “Republicans who passed and defended Senate Bill 202 did so knowing the economic risks to our state” and that they “prioritized making it harder for people of color to vote over the economic well-being of all Georgians.”

“Just as elections have consequences, so do the actions of those who are elected.  Unfortunately, the removal of the MLB All Star game from Georgia is likely the first of many dominoes to fall until the unnecessary barriers put in place to restrict access to the ballot box are removed.”

Critics of the Georgia voter suppression law and the state’s reform initiatives cite that the wave of GOP sponsored bills in Georgia and 47 other states are in large part a reaction to the “big lie” perpetrated by the Trump administration’s claims that the 2020 presidential election was rife with illegal voting and voter fraud, although Trump’s claims proved to be false.