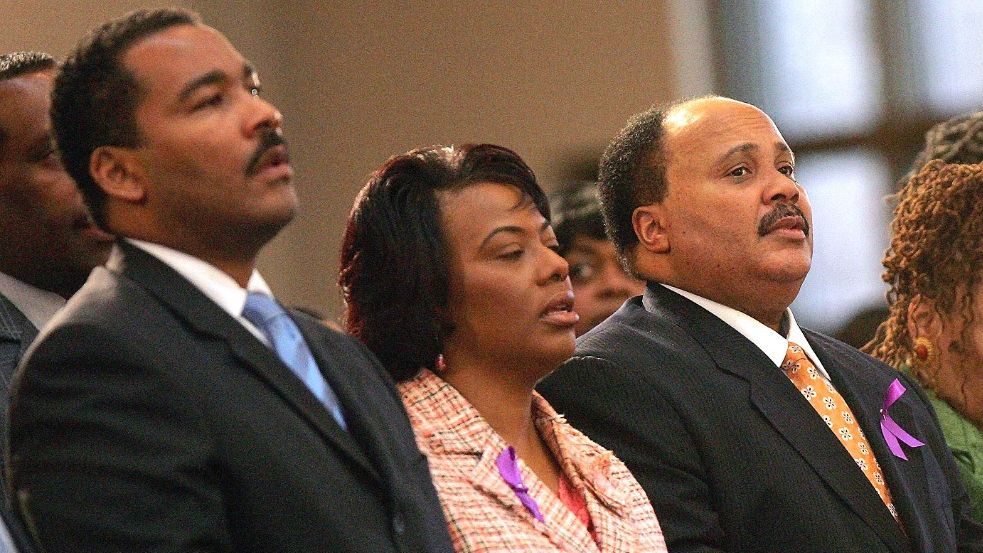 Dr. Bernice A. King, CEO, The King Center, announces a schedule of public programs and events in celebration of the King Holiday Observance. Beginning Friday, January 10, 2020 and continuing through Monday, January 20, 2020, The King Center will host its annual fundraiser, commemorative program, Nonviolence365® workshop and introductions, teach-in, youth experiences, award ceremonies, Beloved Community Talks, as well as a voter education and registration event, to commemorate the life and work of Dr. Martin Luther King, Jr. on what would have been his 91st birthday.

This year’s theme, ‘King’s 2020 Vision- The Beloved Community: The Fierce Urgency of Now,’ echoes Dr. King’s declaration from his book, Where Do We Go From Here: Chaos or Community?:

“We are now faced with the fact that tomorrow is today. We are confronted with the fierce urgency of now. In this unfolding conundrum of life and history, there is such a thing as being too late.”

“This is a critical moment in history that requires our collective attention to the soul of this nation and to the moral fiber of the world,” said CEO Dr. Bernice A. King. “This year’s theme reflects the urgency with which we must be attentive and with which we must seize the opportunity to choose our existence, instead of our co-annihilation. In the midst of injustice and inhumanity, the hope of the Beloved Community remains. We can and we must build the Beloved Community, with nonviolence as our toolbox and love as our foundation.”

The King Holiday Observance activities begin with the two-day Nonviolence365® Workshop on January 10th and 11th, 9:30am – 5:30pm, in the Screening Room at The King Center, 449 Auburn Ave, NE, Atlanta, GA 30312. The Center invites you to study Kingian Nonviolence (Nonviolence365®) and learn how it can be strategically used today for systemic, cultural and personal change. Sessions include: Principles of Nonviolence, Steps of Nonviolence, Mobilizing & Organizing and lessons on disrupting bias and de-escalating conflict. Registration is required.

On Tuesday, January 14th, 10am-12:45pm, in the Center’s Freedom Hall, The King Center will host Students with King. Public, private, charter and home schools from Atlanta’s nine metropolitan areas have been invited to attend and engage in dialogue with extended King family members and people who knew and/or worked with Dr. Martin Luther King, Jr. and Coretta Scott King. Panelists

will share personal stories about the lives of Dr. and Mrs. King and about their journeys to Nonviolence365®.

The formal Kick-Off Reception and Dream Forward Awards will be held on Tuesday, January 14th in Freedom Hall at The King Center. The event is free and open to the public but registration is requested. The reception begins in the atrium at 6:00pm, with the awards program commencing in the recently renovated Yolanda D. King Theatre for the Performing Arts at 6:45pm. A new sign reflecting the name of the theatre, titled in honor of Dr. and Mrs. King’s oldest child and daughter, artist and activist Yolanda D. King, will be unveiled during the awards ceremony.

The King Center is calling on educational institutions and organizations around the globe to join us for a virtual Nonviolence365® Teach-In on Wednesday, January 15th, 2020. The purpose of the Nonviolece365® Teach-In is to educate people of all ages about Dr. and Mrs. King’s legacies; on how to champion completion of their unfinished work; and on how to facilitate action and advocacy with Nonviolence365®. The King Center will provide trainers, lesson plans and toolkits with resources for facilitating Teach-In discussions. All resources are available at thekingcenter.org.

On Thursday, January 16th, 9:00am -1:30pm, The King Center will host Celebrate Difference: Students With King, at the Georgia World Congress Center – Building A. Celebrate Difference will provide middle school students of various ethnicities, cultures and economic backgrounds with an opportunity to engage in dialogue with King Center CEO Bernice A. King; to explore how Dr. Martin Luther King, Jr. impacted the Civil Rights Movement; and to learn about Dr. King’s global influence with nonviolence. Additionally, they will examine Dr. King’s principles and steps of Nonviolence (Nonviolence365®) as a way to address current issues, including bullying.

The annual Salute to Greatness Awards Gala fundraiser will be on Saturday, January 18th, 7:00pm, at the Hyatt Regency Atlanta, 265 Peachtree Street, NE in Atlanta, Georgia. Monies raised are used to support Nonviolence365® Education & Training; Camp NOW Leadership Academy; Students With King; other events and initiatives that emphasize the relevance and influence of Dr. and Mrs. King’s work and the maintained presence of The King Center as a living memorial to Dr. King and as a center for training on nonviolence.

City, state and national elected officials will bring greetings during the Commemorative Service, along with special greetings being brought by The Honorable Anat Sultan-Dadon, Consul General of Israel of the Southeastern United States.

Visitors to The King Center on the Monday, January 20th King Holiday will have the opportunity to participate in a Voter Education Interactive Demo and Voter Registration, 10:00am-7:00pm. The demo exposes guests to the new voting machine before Election Day, in hopes of encouraging voting, decreasing wait times at polling sites, and reducing voter ID issues at polling stations. Voter registration will be available onsite.

King’s nonviolent philosophy and methodology, as a vehicle for societal, cultural and personal change. Community organizers, educators, activists and concerned citizens are all invited to attend.

The King Holiday Events conclude with The Beloved Community Talks: Let’s Bridge the Racial Divide, also be held on January 20th, 6:00pm – 8:00pm, at The King Center in The Yolanda D. King Theatre for the Performing Arts. The Talks are free and open to the public, but registration is encouraged. With two Courageous Conversations conducted in a fireside chat-style format, the King Holiday Beloved Community Talks will be moderated by Jamil Smith, Print & Television Journalist, Senior Writer, Rolling Stone Magazine.

channel our energy toward shaping the Beloved Community,” said CEO Bernice A. King. “The King Center remains the foremost authority on my father’s philosophy and methodology of nonviolence as a means to effect social change. Amidst the current world’s climate, we are uniquely positioned to influence, educate and inspire people to embrace his teachings in creating a more just, peaceful, humane

world. The King Holiday Observance reflects that positioning and our acceptance of our role in the World House.”

For the full schedule of events during the King Holiday Observance, event details, tickets and sponsorships, visit TKHO_Calendar_Schedule_2020.pdf

About The King Center

The Martin Luther King, Jr. Center for Nonviolent Social Change (The King Center) is a 501(c) (3) organization established in 1968 by Mrs. Coretta Scott King. The King Center is the official living memorial and programmatic nonprofit organization committed to educating the world on the life, legacy, and teachings of Dr. Martin Luther King, Jr. The King Center serves to inspire new generations to carry forward King’s unfinished work, strengthen causes and empower change-makers who are continuing his efforts today. The King Center’s premiere educational initiative, Nonviolence365®, is based on Dr. King’s nonviolent philosophy and methodology. His teachings engage participants from various sectors of society, including emerging and next generation leaders, in modules and exercises that enhance communication, leadership, interpersonal and conflict reconciliation skills.