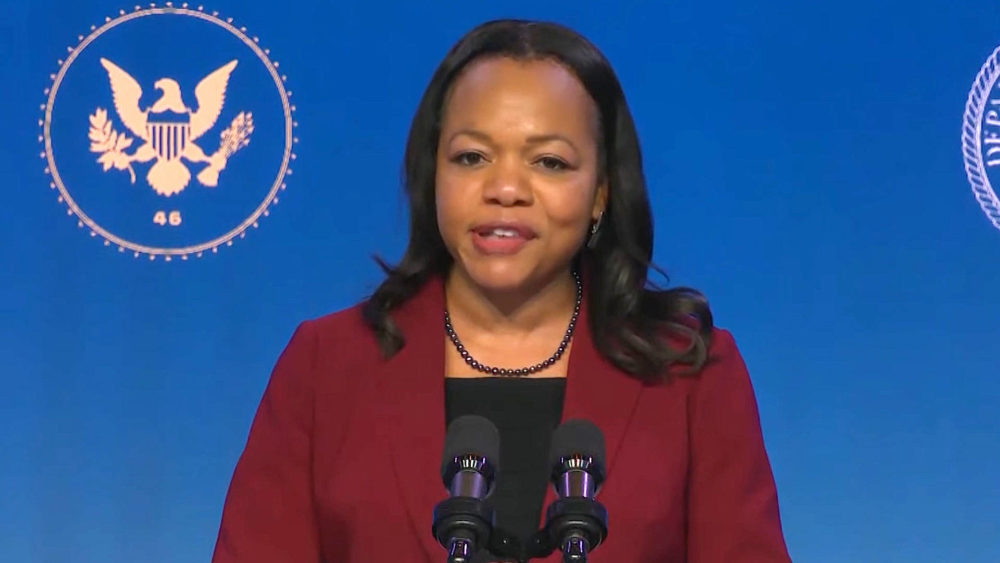 Outgoing Leader of the National Lawyers’ Committee Was Confirmed by a Bipartisan Majority of the U.S. Senate on Tuesday

In a historic vote that shattered another glass ceiling and swept in a new era of civil rights priorities at the highest levels of the federal government, the U.S. Senate voted on Tuesday afternoon to confirm Kristen Clarke as the assistant attorney general for civil rights. Clarke is the first woman confirmed to lead the division and first Black woman to ever lead the division in any capacity.

“With today’s confirmation of Kristen Clarke as assistant attorney general for civil rights, civil rights enforcement will once again be a top priority for the Department of Justice. All people nationwide can be confident that we now have a civil rights leader who will enforce federal laws that protect us from discrimination and defend constitutional rights,” said Damon Hewitt, acting president and executive director of the Lawyers’ Committee for Civil Rights Under Law. “Having known Kristen for more than two decades and most recently serving as her top deputy, I know she is exactly the person we need at this moment when threats to civil rights have peaked. She has extensive experience protecting the fundamental right to vote and prosecuting hate crimes, and is a proven consensus builder who will be pushing institutions to change while making them stronger. Kristen’s work will help to make the promise of equal justice for all a reality.”

Clarke has an extraordinary record of protecting civil rights. For nearly 20 years, she has worked at our nation’s leading civil rights legal and advocacy organizations, and led the Civil Rights Bureau at the New York Attorney General’s office. For the past nearly six years, Clarke has led the Lawyers’ Committee for Civil Rights Under Law, during which time the organization filed more than 250 lawsuits to protect voting rights, advance equal educational opportunity, defend victims of hate crimes, support fair housing, and defied modern-day segregation.

Clarke has a track record of securing justice for all, and her experience in various prosecutorial offices makes her day one ready to lead the Civil Rights Division. She enjoys broad support across the civil rights, legal, business, and religious communities, and some of our nation’s largest law enforcement groups have backed her nomination. Today’s bipartisan vote of confirmation showcases her qualifications and the confidence our nation has in her.

The Lawyers’ Committee for Civil Rights Under Law also has been at the forefront of the movement to secure equal justice for all. During the 2020 election cycle, the national Lawyers’ Committee filed 50 lawsuits to expand access to the ballot box, challenging nearly every restriction that would have disproportionately affected the ability of Black Americans and other communities of color to vote. The national Lawyers’ Committee is the only civil rights organization to be involved with all four of the active cases that are attacking affirmative action and racial diversity in higher education. The organization also has spearheaded the effort to hold the Proud Boys accountable for their vandalism of a historic Black church in Washington, D.C.—even before their role in the January 6th insurrection at the U.S. Capitol.

Beyond legal work, the national Lawyers’ Committee also engages in significant advocacy efforts. The organization leads the national 866-OUR-VOTE Election Protection Hotline, which helped nearly 250,000 voters access the ballot box in 2020. And, has helped to advance significant pieces of legislation, including the George Floyd Justice in Policing Act and the For the People Act. Beyond that, the organization is an active watchdog in the area of criminal justice, advancing police accountability and consistently rooting out and holding states and localities accountable for creating modern day debtors’ prisons that contributes to mass incarceration.

All of this work was heavily influenced by Clarke’s nearly six years of leadership and her commitment to securing equal justice for all. At the Department of Justice, she will bring the same tenacity and persistence that has guided her throughout her professional career.