Kwame Kilpatrick released from federal prison, will it be a comeback? 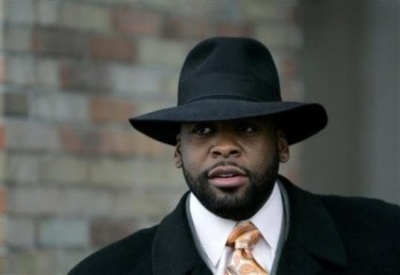 Most Detroiters remember watching Kwame Kilpatrick speak those words hours after resigning as mayor 12 years ago. Facing multiple felony charges and jail time he spoke with the same confidence and authority he had become known for.

Kilpatrick was ultimately convicted in 2013 on 24 felony counts of public corruption for a criminal racket involving extortion, bribery, conspiracy and fraud. Prosecutors alleged that he used his positions as mayor to enrich himself and his friends. He was sentenced to 28 years behind bars.

However, after years of failed appeals and hundreds of letters written on his behalf by supporters it would seem that Kilpatrick will be coming back to the free world sooner than anyone had anticipated.

Recent reports state that former mayor Kwame Kilpatrick is expected to be released from prison as early as June 10 after serving seven years of a 28-year sentence—a sentence that many felt was excessive.

To give perspective, in 2009 Congressman William Jefferson of New Orleans was convicted of bribery, wrote Allan Lengel. He got 13 years in 2009. It was the harshest sentence ever handed to a congressman, and people saw it as very harsh. He served five years and five months.

In 2011, Illinois Gov. Rod Blagojevich was sentenced to 14 years for extortion and trying to sell the Senate seat vacated by Barack Obama. President Donald Trump commuted his sentence earlier this year after serving 8 years. 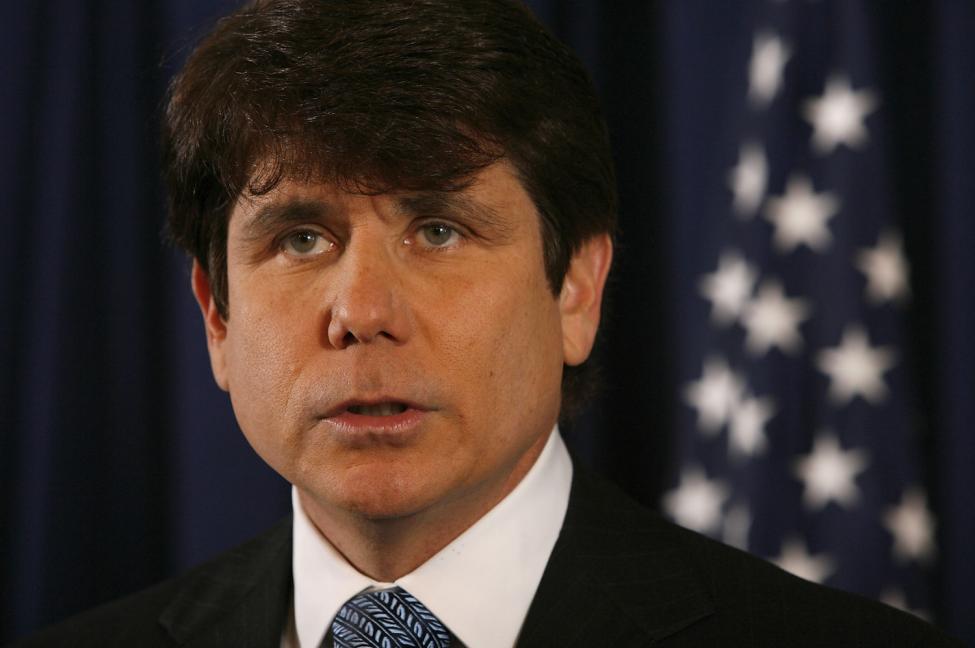 But now it appears that Kilpatrick will be getting an early release after serving about the same amount of time as the aforementioned politicians but it’s not due to clemency, a pardon or dropped charges. Kilpatrick’s early release can be credited to coronavirus.

Kilpatrick and about 3,000 other inmates across the country are allegedly being granted early release under a federal policy that gives officials discretion to release some inmates because of the pandemic.

It has been reported that the 2,000-inmate prison where Kilpatrick is serving his sentence has 100 confirmed cases of COVID-19 and eight related deaths and is required to send vulnerable inmates home.

We do not yet know the terms of his release if it is an early release or if he is being released to home confinement. What we do know is that Kilpatrick is being quarantined at a federal prison while awaiting a likely release in June, which would be 21 years before schedule. 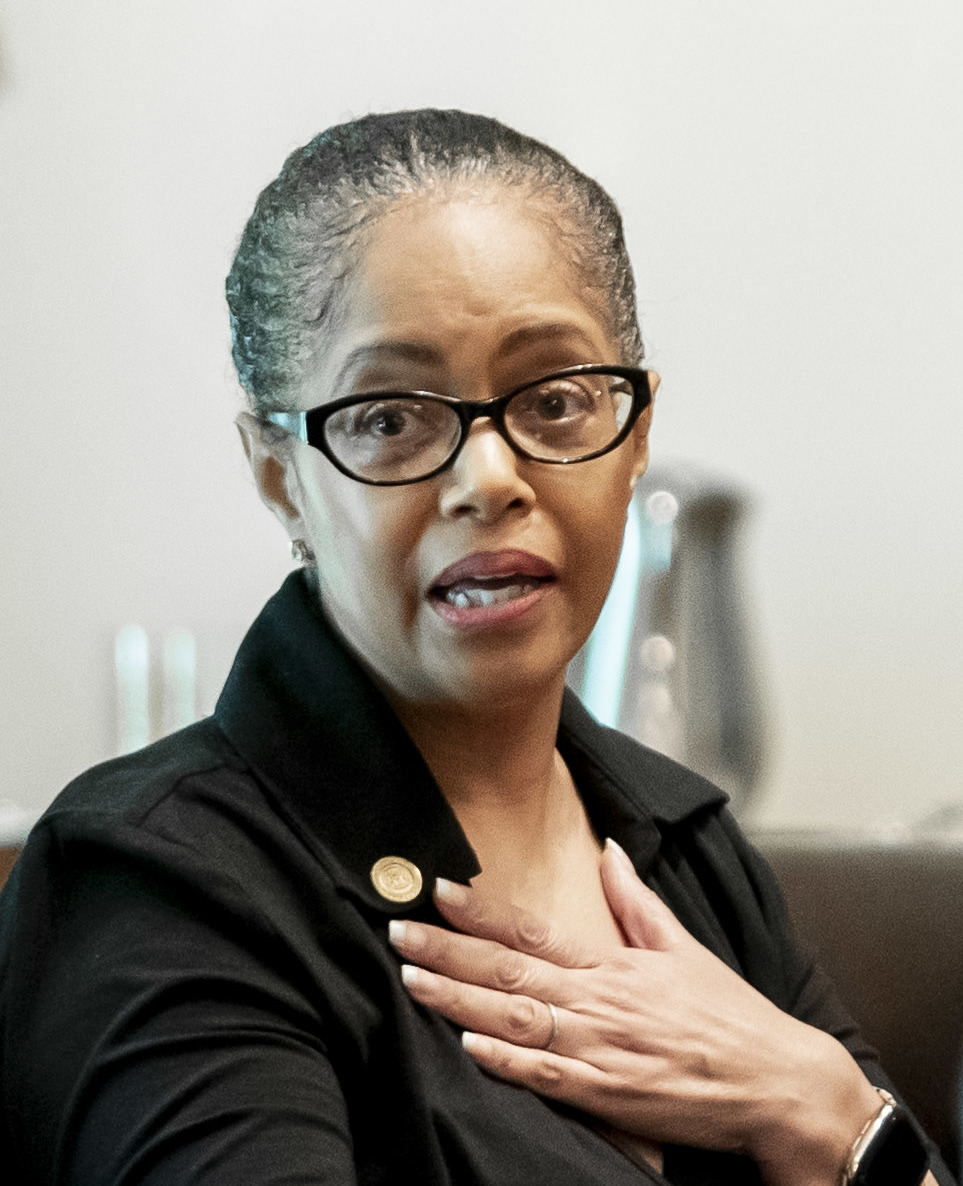 “To my understanding, after a 25-day quarantine, we are expecting Mr. Kilpatrick to be released to his mother’s home in Atlanta. … We’re just elated to share the news and celebrate his home confinement. We are in constant communication with the White House,” said Rev. Keyon Payton, who has urged President Donald Trump to shorten Kilpatrick’s sentence.

State representative Karen Whitsett, D-Detroit also confirmed the release saying that she spoke with President Trump during Thursday’s visit to Michigan and that he said Kwame Kilpatrick would be one of 3,000 prisoners soon released.

“I had had a previous conversation with [President Trump] regarding state representative Sherry Gay-Dagnogo, who brought the letter to the president and that we had all signed, me and my colleagues, to have the former mayor released and I am very excited that he listened,” Rep. Whitsett told FOX 2 Friday. “The president actually told me, verbatim, that yes, [Kwame Kilpatrick] is going to be part of the 3,000 that were going to be released.”

Current Detroit Mayor Mike Duggan was asked during his Friday press briefing on the city’s COVID-19 response for his thoughts on Kilpatrick’s early release. Mayor Duggan cited his “very personal” connection with the Kilpatrick family and made it clear that he will welcome the former mayor back to Detroit.

“He has a lot to contribute and if, in fact, the reports [of his early release] are true, I’ll be doing anything I can to help him get a fresh start,” said Duggan.

“Known him since he was in high school. When he was teaching at Marcus Garvey and going to law school at night at DCL, he’d study in his father’s office which was next to mine and his twins would play on the floor in my office,” the mayor continued.

“Certainly, the former mayor did something that he should not have done,” Napoleon told WWJ Newsradio 950. “But, realistically I think that we should look at it like — especially during this pandemic — are you mad at him, or are you scared of him?”.

“If you’re scared of them, then they deserve to be incarcerated. If all you are is mad at them, then we should figure out something, some other way to punish people that we’re just mad.”

The news of Kilpatrick being released spread like wildfire online with many Detroiters expressing their support of the former mayor.

“I’m glad he’s getting out,” Shamai Sampson posted on Facebook. “Kwame was the first person I ever voted for when I turned 18. He inspired me. I was disappointed in what he did but he didn’t deserve 28 years.”

Marie Assata, writes, “Good for Him. I hope He’s a better Man. He had so much potential to be a GREAT Leader. Now we’ll see again.”

Highlighting the perceived disparity between Kilpatrick’s treatment and that of other non-minority political figures, Vikki Kasperek says, “That’s fine. He’s guilty as sin, but wouldn’t have even gone to jail, were he white. Let’s move on. Don’t make us regret this, Mr. Kilpatrick.”

Rhonda Smith, approached the news from a biblical perspective: “If God forgave him who am I. We have all sinned and come short of the glory of God but I’m praying for him, as I would want someone praying for me”

It is not yet clear if the 49-year-old Kilpatrick would be held under house arrest in Atlanta, or if he would come back to Detroit.

The post Kwame Kilpatrick released from federal prison, will it be a comeback? appeared first on Atlanta Daily World.