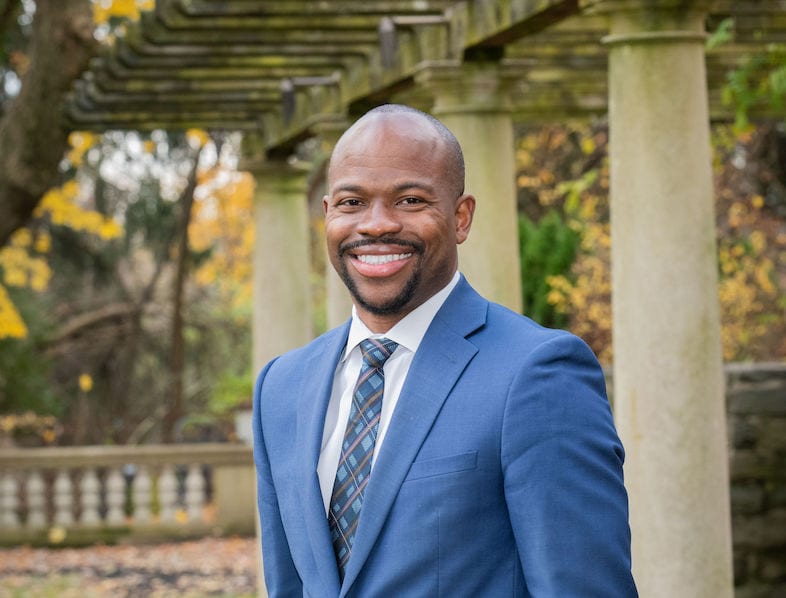 Dr. M. Brian Blake, executive vice president for academic affairs and provost at George Washington University, has been named Georgia State University’s president by the University System Board of Regents. He begins his tenure Aug. 9.

Blake, a computer scientist and software engineer, succeeds President Mark Becker, who led the university to unparalleled growth and development during his 12-year tenure.

“I’m deeply honored to have been selected as Georgia State president,” Blake said. “I’m keenly aware of what President Becker and the faculty, staff and students have accomplished, and I am anxious to build on the university’s great momentum. Working together, I know we can take our university to new heights in the coming years.”

As provost at George Washington, Blake oversaw the academic mission of the institution, supporting all academic endeavors and overseeing the research enterprise across the university’s 10 schools and colleges.

Prior to joining George Washington in 2019, Blake was executive vice president for academics and the Nina Henderson provost at Drexel University in Philadelphia, where he led the implementation of a new, responsibility-centered budget model and the president’s strategic plan. He developed the academic vision, “Creating the 21st Century Academic Experience.” During his four-year tenure, Blake helped Drexel recruit its most academically gifted class, achieve the highest retention rate in the university’s history and increase research activity to Drexel’s highest levels of all time.

Blake also was vice provost for academic affairs and dean of the Graduate School at the University of Miami in Miami, Fla., where he had oversight of 155 programs in 12 schools and colleges. He received a resolution of tribute from the university’s Board of Trustees for elevating the visibility of graduate education and significantly enhancing the environment for faculty success.

Prior to Notre Dame, Blake was on the faculty of Georgetown University where he was chair of the Department of Computer Science. He was chair and director of graduate studies during the inaugural years of the university’s first graduate program in computer science. He also led several STEM (science, technology, engineering and mathematics) initiatives, including a new professional master’s program in technology management and collaborative efforts with the departments of Biostatistics and Radiology in the Medical School. As a Distinguished University Professor of Systems and Software Engineering, Blake had appointments in the Department of Computer Science, Department of Electrical and Computer Engineering, and the Department of Neuroengineering.

His research has received more than $12 million in funding, and he is an author of more than 200 scholarly publications.

A Georgia native, Blake grew up in Savannah, Ga., and attended Benedictine Military Academy. He and his wife, Bridget, have two sons, Brendan and Bryce.

“I am a true believer in a Georgia education,” Blake said. “My academic foundations were formed in the southern and northern parts of the state. I could not be more excited to return and play a part in the transformation of the lives of students, many of whom had beginnings just like my own.