Mark Hayes: We Must Save Ourselves 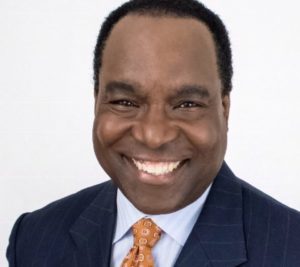 Thanks for voting. Again.

As I’m sure you know,our job is not anywhere near complete, but in the meantime wear
your mask. And if you don’t already have enough motivation from the last four years,
especially from the last 9 months, I don’t know what rock you’ve been living under. This
Republican Party has offered nothing even remotely appealing to the African American
community as a whole. In addition, If you saw the latest debate between appointed
Senator Kelly Loeffler and Rev. Raphael Warnock, then you and I should be sprinting to
the polls to pull the lever for the two Democratic candidates and truly turn Georgia blue.
And I’ll remind you, Senator David Perdue didn’t even show up for his debate with
Democratic candidate Jon Ossoff.

Speaking of blue, black and blue best sums up the state of our community under this
administration’s handling of the virus. The assault on black folk can’t get much worse,
and there is no cavalry coming. We are it. Kind of reminds me of the scene out of “Black
Hawk Down” when two Special Forces soldiers request permission to get put into a
meat grinder during that famous Somalian conflict with warlord Muhammad Farah Adid.
The two elite soldiers show up at the crash site of Michael Durant and Durant asks,
“Where’s the rescue team?” to which they reply, “We’re it!” Two elite soldiers against an
angry village armed to the hilt with assault rifles and rocket propelled grenades, the
same ones that took down the Black Hawk helicopter.

That’s correct folks, we are it. We’re all we’ve got and we better to get the ballot box and
save ourselves and our communities of color. At the very least a split in Georgia
secures the majority, but it’s a razor thin margin and with the Republican leaning
tendencies of Senators with a (D) next to their names, it doesn’t assure us of anything.
Senator Joe Manchin (D) from West Virginia comes to mind.

You see this runoff is literally about an existential threat as I see it. And I say that for a
couple of reasons. There is of course the social justice perspective, and the fact that
these two Georgia Republican runoff candidates think fairness and equality are some
radical concept that would spell doom to America as we know it. We don’t have to
guess about what they are saying, they’re flat out saying out loud, we don’t deserve a
conversation on equality and fairness and pay equity, criminal justice and of course
excessive police violence, even as we enact another hashtag for Casey Goodson.

But I say it’s an existential threat primarily because of the raging virus and the numbers
when we look at the covid-19 crisis and the disproportionate effect on African
Americans here in GA and around the country. Just about everyone I’ve spoken with in
my ecosystem of extended friends and family and business associates around town are
scared to death of this unchecked health crisis and many of us know people who have
passed away from COVID-19. It is not a hoax to us as a community. Just look at what
we are witnessing. On December 4, the state of Georgia recorded its highest number of
new cases in a 24 hour period. That is absolutely terrifying to me. Equally as terrifying,
right now, thirty percent of the deaths in the African American, Latino and Native
American communities are under the age of 65. Let that marinate for a moment.

Nothing should be as energizing to us as a community as the real prospect of death.
Back in May, a report was released by the American Medical Association that said that
33% of the patients hospitalized for Covid-19 were African American. Which is a
frightening statistic if you really think about it, because we only make up 12-13% of the
population. But, much like incarceration we are disproportionately affected by this
health crisis, and due in large part to our inability to access quality healthcare as a rule.
We also deal with exacerbating conditions like diabetes, obesity and high blood
pressure and these comorbidities add to our inability to ward off the onset of this
nightmarish virus.

What is clear is that neither of these candidates in the runoff election on the Republican
side of the aisle will offer us any protections from COVID-19 or any of the other
maladies of black and brown folks. When it comes to COVID-19 there is a masterful
political ad running in heavy rotation that uses the parroting effect and Senator Perdue’s
own words against him. He literally regurgitates Pres. Donald Trump’s own words
downplaying the virus, and simultaneously conducting numerous stock transitions to
enrich himself and his family, in a similar fashion as Mr. Trump seems to be doing. Not
only does Senator Perdue follow President Trump’s lead when it comes to downplaying
the virus and lying to us here in Georgia, he’s also using the government and his access
to classified information to increase his own personal wealth. I mean how egregious
can you be, it’s been reported by the New York Times, which is not “fake news”, that
Sen. Perdue conducted 2596 transactions in one term. When can he actually work for
the people while he’s busy making all these money moves? It doesn’t get much more
“swampy” than that.

In the other race, where the Governor’s appointee, Senator Kelly Loeffler, is running ads
that literally show students in a classroom with the announcer stating, “this is America!”
The problem with the ad is that the students in the advertisement are all white, and that
ad is running wall to wall throughout your television channel lineup. There’s not even a
veiled attempt at covering up the racist connotations. As the ads suggest that anarchy
and upheaval and lawlessness is all the Democratic Party is looking to achieve. It’s
ludicrous. The racist overtones are unmistakable.

And we are all old enough to remember when the richest member of congress was
boycotted by her own employees on the Atlanta Dream, the WNBA team that she’s a
part owner of. The clap back by players began after Sen. Loeffler let loose with her
harsh criticism of Black Lives Matter, stating they promoted defunding the police, and
“radically” changing America. Well, if calling for equality and justice are radically
changes that America cannot stand, what does that tell you about her feelings on Black
and Brown America. With a six year term, she’ll continue her assault on the Black
community with the Republican policy actions or inaction as we’ve seen in the
pandemic.

Obviously, the notable failure to enact legislation to assist the millions of
Americans who are now unemployed due to the ripple effects of the virus.
That doesn’t even take into account how Sen. Loeffler continues to echo the
Republican sentiment that you don’t need to wear a mask, she continues to hold
campaign events that double as super spreader events and even called on President
Trump to help boost her campaign with his special trip to the Peach State. And much
like Sen. Perdue as we’ve all known, she too, is embroiled in her own stock selling
scandal related to the COVID19 Pandemic and her own quest to add to her personal
fortune. It’s not like she’s the richest person in congress, oh wait, I forgot, she is the
richest person in the entire congressional body, but still claims to fight for the people. If
you believe that one I’ve got some prime swamp land I’d like you to consider
purchasing.

And I’ll tell you this much, it’s appalling to me that neither of the candidates have
publicly acknowledged the real winner of this past Presidential election. And as it
happens, I do agree with them that the election was rigged. We know that the
Republicans have engaged in voter suppression, they have gerrymandered, closed
polling sites and drop in sites, and tampered with the Post Office. So yes, they’re
absolutely correct when they say the election was rigged. And they still lost the Oval
Office. Please keep these facts in mind as Jan. 5 approaches.

Again, do we need any more motivation when assessing whether Senator Loeffler will
lift a finger to save us from this pandemic or any other maladies ailing the African
American community. Your eyes are not lying to you, trust them, and make no mistake
about it, neither Sen. Kelly Loeffler nor Senator David Perdue care to offer any
assistance to us as a community. Believe that, and wear your mask to the polls or
when dropping off your absentee ballot. Remember we are the only cavalry coming,
our voice is our vote. The African American votes are for the change we seek, because
we must save ourselves.

Mark Hayes is a 30 year veteran of the television news industry. As a former Award
winning & Emmy Nominated television news anchor and reporter, he is now the CEO of
his own media consulting firm specializing in Media Exposure for Small Businesses and
Personal Brands. For more information log on to markhayesconsulting.com

The post Mark Hayes: We Must Save Ourselves appeared first on Atlanta Daily World.