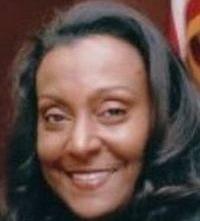 ATLANTA—Mayor Keisha Lance Bottoms appointed former Fulton County Magistrate Judge Stephanie C. Davis to serve on the Atlanta Municipal Court. Judge Davis will fill a vacancy on the court due to the retirement of Judge Herman Sloan in December of 2020.

“A daughter of Atlanta, Judge Davis has an impeccable reputation as a diligent jurist who is dedicated to a fair and equitable justice system,” said Mayor Bottoms. “Heavily engaged in civic organizations, her service to her community goes beyond the courtroom. The people of Atlanta will be well-served by Judge Davis.”

Born in Atlanta, Judge Davis earned a Bachelor of Arts degree in Communications from Stanford University. She received her Juris Doctor degree from Emory University School of Law.

Judge Davis served as a staff attorney for the Georgia Court of Appeals, then served as a magistrate judge for the Fulton County Magistrate Court from 2000 to 2018.

Judge Davis currently serves on the board of the Atlantic Station Civic Association, and previously served on the Shepherd Center Advisory Board.

Among other honors, Judge Davis has received Fulton County’s Eagle Award—presented on the 15th Anniversary of the Passage of the Americans With Disabilities Act in 2010—and was the 2012 recipient of the Gate City Bar Association Judicial Section Horace T. Ward Legacy Award.