Mellody Hobson named Chairwoman of the Board of Starbucks 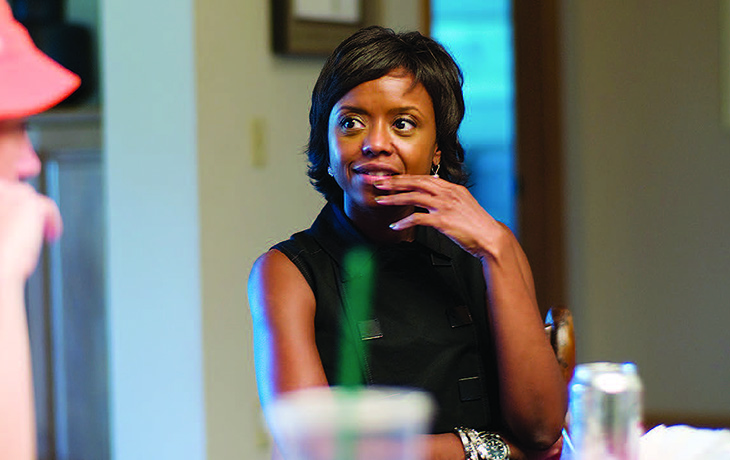 (NNPA)—Mellody Hobson, a Princeton graduate who in 2019 earned the Woodrow Wilson Award, the university’s highest honor, was named Chairwoman of the Board of Starbucks.

With the promotion, Hobson becomes the only African American woman to chair a Fortune 500 company.

“I am thrilled and honored to take on the role of chair,” Hobson exclaimed. “Over nearly two decades, I have seen the company continue to elevate and transform its business—adapting to various market environments and evolving consumer trends.

“I look forward to working with the Board and talented leadership team on accelerating our strategy, supporting our valued partners, and continuing to create significant value for all of our stakeholders.”

Hobson, 51, also serves as chairman of After School Matters, a Chicago non-profit that provides area teens with high-quality after-school and summer programs.

Additionally, the Chicago-born businesswoman is vice-chair of World Business Chicago, co-chair of the Lucas Museum of Narrative Art, and a board member of the George Lucas Education Foundation and the Los Angeles County Museum of Art (LACMA).

She is a member of The Rockefeller Foundation Board of Trustees and serves on the Investment Company Institute’s executive committee.

Besides serving over 15 years on the Starbucks board of directors, Hobson is the co-CEO of Ariel Investments, LLC, a global value-based asset management firm.

In that role, she is responsible for the management, strategic planning, and growth for all areas of Ariel Investments outside of research and portfolio management.

Hobson also serves as Chairman of the Board of the company’s publicly traded mutual funds. Before being named Co-CEO, Hobson spent nearly two decades as the firm’s President.

“Beyond Starbucks, she has brought invaluable experience to boardrooms across the nation. She currently serves as a director of JPMorgan Chase,” the company wrote in a news release, noting that Hobson is also a past director of Estée Lauder Companies and served as Chairman of the Board of DreamWorks Animation until the company’s sale.

In addition to graduating from Princeton, Hobson also received honorary doctorate degrees from Howard University, Johns Hopkins University, St. Mary’s College, and the University of Southern California. In 2015, Time Magazine named her one of the “100 Most Influential People” worldwide.
“From the very beginning, I set out to build a different kind of company—one in which all decisions were to be made through the lens of humanity,” said Howard Schultz, Starbucks’ modern day founder and chairman emeritus.

“Mellody has been a trusted advisor to me and the company for more than 20 years. She is a fearless leader defined by her grace and wisdom. She has long embraced Starbucks’ purpose and, along with the leadership team, will continue to reimagine Starbucks’ future through the foundation of its past. My heart is full and thankful that Starbucks will have Mellody’s leadership as chair.”

The post Mellody Hobson named Chairwoman of the Board of Starbucks appeared first on Atlanta Daily World.