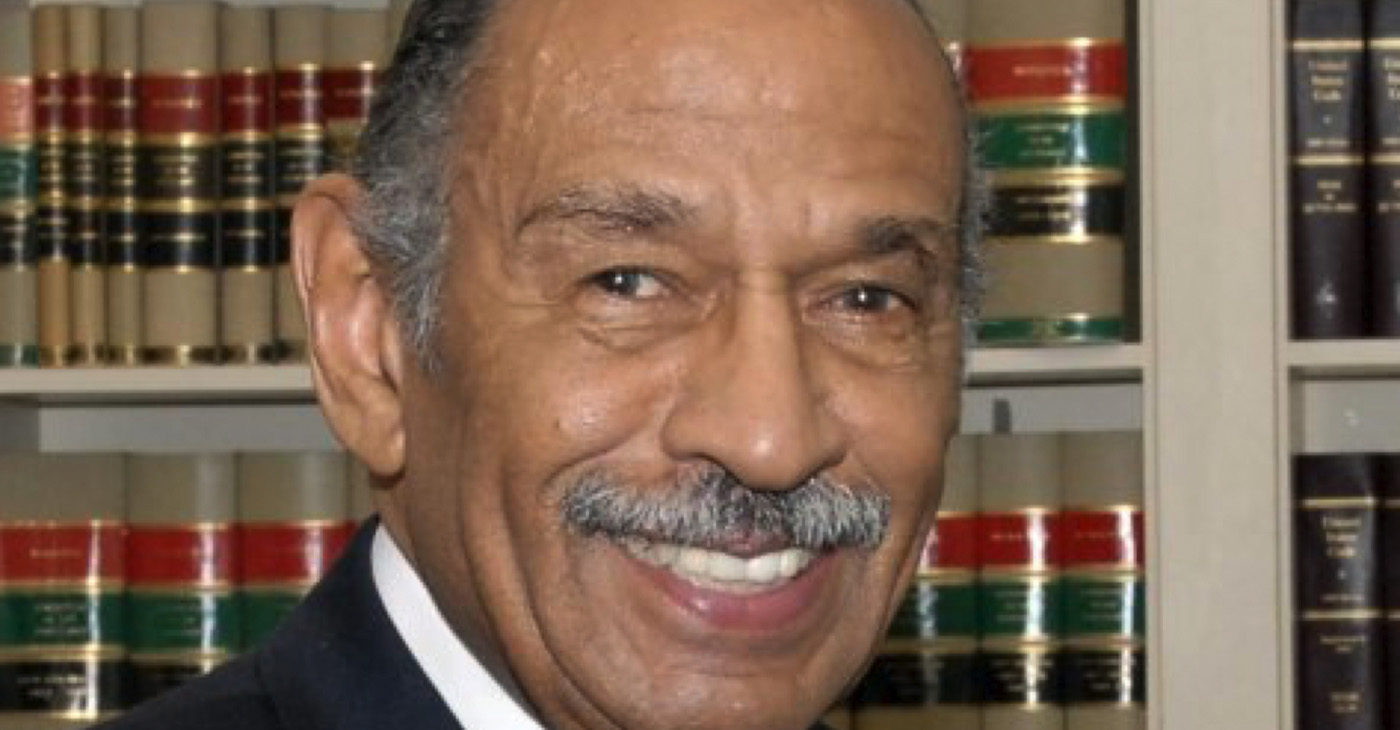 The longtime Michigan Democrat represented what is now the state’s 13th Congressional District (which includes parts of western Detroit) for more than 50 years. Conyers resigned in 2017.

Conyers was born in Detroit in 1929. He was elected to Congress in 1965 and immediately became a forceful voice in the Civil Rights Movement, co-sponsoring the Voting Rights Act of that same year.

Conyers was the first African American to chair the powerful House Judiciary Committee and helped spearhead the 1994 Violence against Women Act.

Conyers and 12 other African American members of the House of Representatives founded the Congressional Black Caucus in 1971.

“We always knew where he stood on issues of equality and civil rights in the fight for the people,” Rep. Rashida Tlaib, who now represents Conyers’ district, tweeted.

“Sad to hear of the passing of former Congressman John Conyers,” the Rev. Al Sharpton stated. “He worked with us on many civil rights cases as Chair of the House Judiciary Committee and helped lead the fight for the Martin Luther King [Jr.] Holiday.”

“Most of us from Michigan loved our congressman. He was idolized and was absolutely an icon. Not only was he an icon of the civil rights movement but we looked to him for leadership. This is a massive loss. All of us in business, the clergy, the community, respected, admired and aspired to be like John Conyers,” Said Hiram Jackson, President and CEO of Real Times Media.

“Congressman John Conyers was a civil rights warrior, a lifelong public servant, and a stalwart Democrat. Over the course of his public service career, which spanned more than half a century, Rep. Conyers, led groundbreaking fights that advanced the course of history, including introducing the first bill to establish the Reverend Dr. Martin Luther King Jr. holiday. As a co-founder of the Congressional Black Caucus, he changed the face of leadership in the halls of Congress and blazed a trail for future leaders of color. My heart goes out to the Conyers family as they mourn his passing and celebrate his life in public service.”

“Congressman John Conyers decades ago held the first U.S. Congressional Hearings on Racially-Motivated Police Brutality; led the House Judiciary Hearings on Criminal Justice and Prison Reform in America; was co-founder of the Congressional Black Caucus (CBC); and was a leading congressional advocate for the freedom of Angela Davis, the Wilmington Ten, and all political prisoners in the United States,” remarked Dr. Benjamin F. Chavis Jr., the president and CEO of the National Newspaper Publishers Association.

“Conyers was a constitutional scholar and political visionary whose longstanding vision for freedom, justice and equality was unparalleled in the Congress of the United States,” Chavis continued. “May God bless the freedom-fighting memory and legacy of The Honorable John Conyers.” Chavis stated.