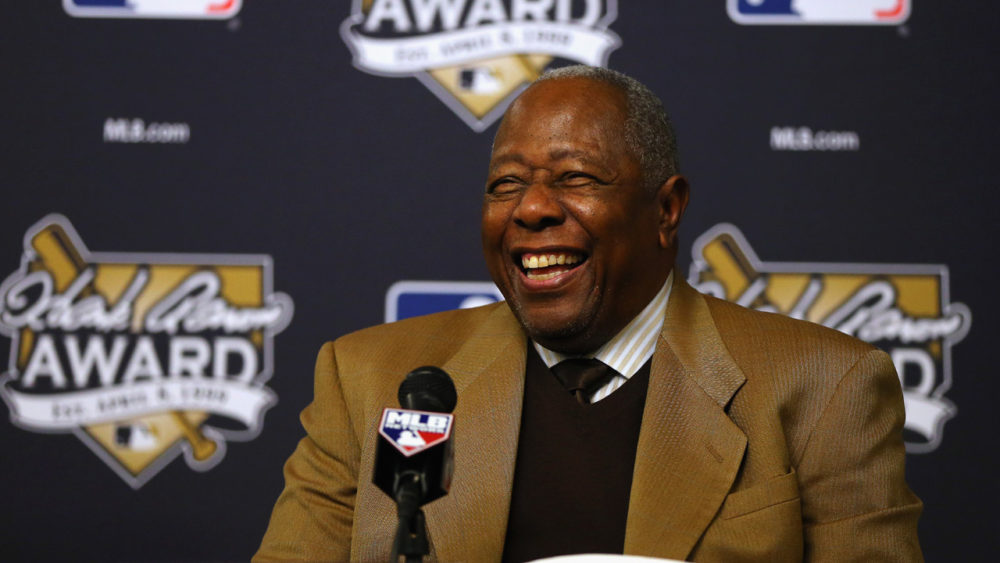 “Derek, our family and I join the nation in sending heartfelt condolences to Mrs. Billye Aaron, the beautiful wife of Henry “Hank” Aaron for nearly 50 years, and the entire family. This is a considerable loss for the entire city of Atlanta. While the world knew him as ‘Hammering Hank Aaron’ because of his incredible, record-setting baseball career, he was a cornerstone of our village, graciously and freely joining Mrs. Aaron in giving their presence and resources toward making our city a better place. As an adopted son of Atlanta, Mr. Aaron was part of the fabric that helped place Atlanta on the world stage. Our gratitude, thoughts and prayers are with the Aaron family.”

“We are absolutely devastated by the passing of our beloved Hank,” Terry McGuirk, Braves chairman, said in a statement. “He was a beacon for our organization first as a player, then with player development, and always with our community efforts. His incredible talent and resolve helped him achieve the highest accomplishments, yet he never lost his humble nature. Henry Louis Aaron wasn’t just our icon, but one across Major League Baseball and around the world.  His success on the diamond was matched only by his business accomplishments off the field and capped by his extraordinary philanthropic efforts.”

The larger-than-life sports hero was as recognized for his achievements in his post-playing days as he was on the diamond. Aaron was the one man Muhammad Ali said he idolized “more than myself.”

Having endured death threats for his dominance in the game which was rife with segregation, and surpassing the most cherished record in baseball history, Babe Ruth’s record of 714 homeruns, Aaron became the target of intense prejudice and was denied a number of formal recognitions for his remarkable play.

For most of the 1973 season, as he closed in on Babe Ruth’s record, instead of staying with the rest of the team on the road, Aaron roomed in another hotel, alone, registered under an alias. And in Atlanta, instead of living at home, he bunked in an old storage room in Atlanta-Fulton County Stadium, where teammates brought him food. At one point, FBI agents were dispatched to Fisk University in Nashville, where his daughter’s life had been threatened.

“To remind myself that we are not that far removed from when I was chasing the record,” he told USA TODAY Sports in 2014 on the 40th anniversary of his record-breaking homer. “If you think that, you are fooling yourself. A lot of things have happened in this country, but we have so far to go. There’s not a whole lot that has changed.”

MLB Hall of Famer Hank Aaron, celebrated in his later years for his advocacy work to universally level the playing field for Black people in all segments of American society, the homerun slugger continued to deliver.

In 1977, Hank Aaron received the American Academy of Achievement’s Golden Plate Award. In 1982, Aaron was inducted into the Baseball Hall of Fame during his first year of eligibility.

The MLB Hall of Famer, Aaron still holds baseball’s all-time record for most runs batted in, with 2,297.

“Hammerin’ Hank” Aaron is survived by his second wife, Billye Williams Aaron, and Ceci, their daughter, as well as children from his first marriage to Barbara Lucas, sons Hank Jr. and Lary, and daughters Gaile and Dorinda. Another son, Gary, Lary’s twin, died in infancy