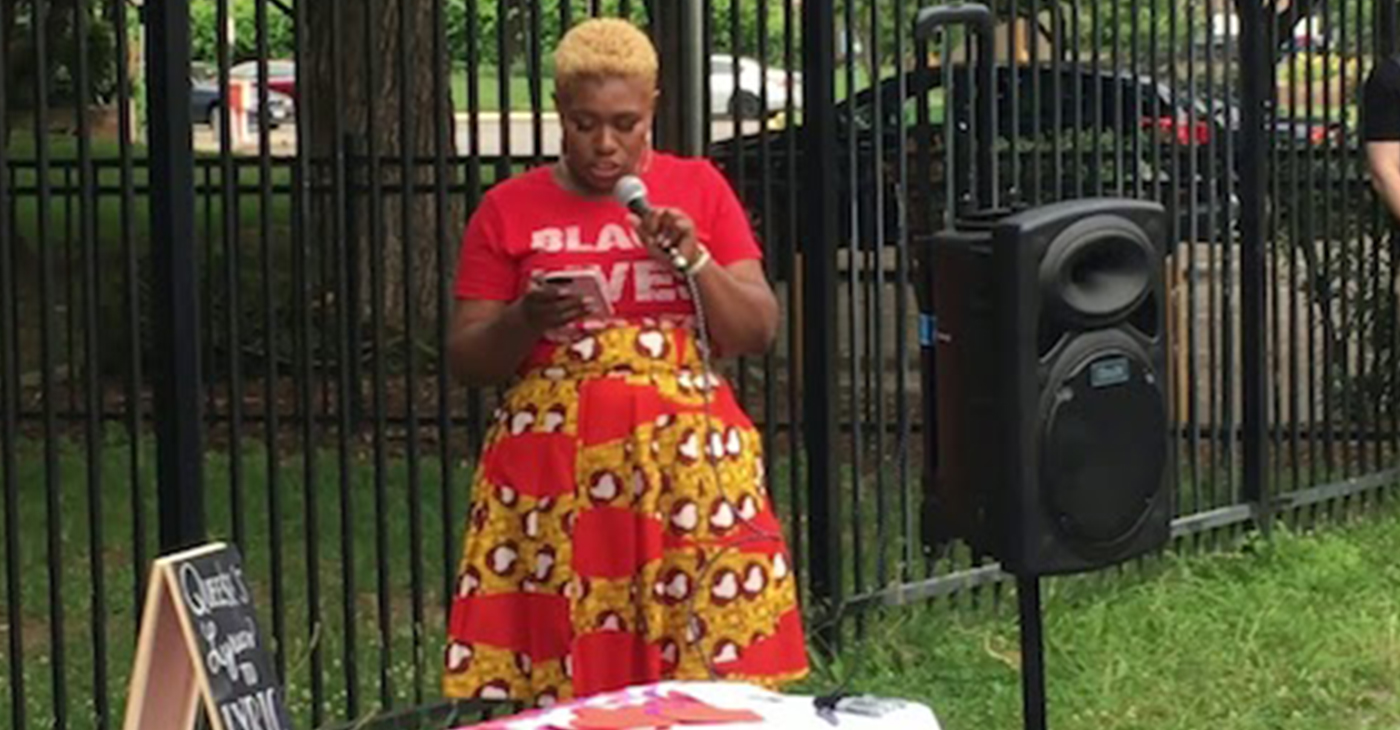 More than a year after her son died in a police-involved shooting, Kenithia Alston said she still has questions about that fateful evening that the Metropolitan Police Department (MPD) has not been willing to answer.

In August, after what would’ve been Marqueese Alston’s 24th birthday, the Alston matriarch’s focus has pivoted to securing the police body camera footage that would reveal key details about her son’s final moments, including the number of officers on the scene, the amount of times he got hit, and whether he opened fire first.

Alston contends that MPD officials and, to a degree, the Office of the Attorney General Karl Racine have been elusive and uncooperative, opting at the last minute to reveal a small portion of the video from that night rather than the totality of the recordings from the multiple officers of the scene.

“We assumed that we would have gotten to see more than five minutes. They crafted what they had shown us, and included informational slides within the five-minute video footage,” Kenithia Alston said of her meeting with MPD Internal Affairs.

On Monday, she counted among several people who testified about MPD’s body-camera program during the D.C. Council Committee on the Judiciary and Public Safety’s oversight roundtable.

In her statement, Alston explained the labyrinth-like process she endured with MPD General Counsel and DC Office of Risk Management before watching what she described as the paltry amount of video evidence related to her son’s shooting.

She said that MPD officials misled the family into believing that the decedent’s mother, father, siblings, and supporters would be able to watch before reneging on that condition in the hours leading up to viewing.

The Night in Question

On June 12, 2018, Marqueese Alston counted among a group of young men that officers in a marked patrol car saw in the Washington Highlands neighborhood of Southeast. A chase ensued shortly after, during which officers killed Alston, 22.

Days later, Newsham told reporters that Alston, wearing an ankle monitor at the time, fired at the two officers who ran after him. MPD officials also announced the recovery of a gun and ammunition at the scene.

MPD recently denied the Alston family’s Freedom of Information Act (FOIA) request for the footage, on the grounds that the investigation is ongoing. Efforts to push for a public release have also fallen short. The Alston family’s story bears similarity to that of the families of the late Jeffrey Price and D’Quan Young, both of whom also lost their lives in police-involved shootings last year.

An MPD media relations official didn’t return The Informer’s request for comment regarding the status of the Alston shooting investigation and the availability of body camera footage from the incident.

In 2014, the department launched 400 cameras under the first phase of its body-camera pilot program. In 2015, 500 more cameras hit the streets. In late 2016, MPD deployed 2.800 body cameras, what had been considered the largest influx nationwide at that point.

A D.C. Council roundtable in Room 412 of the Wilson Building on Monday allowed for testimony from nearly two dozen public witnesses about what they described as lapses in compliance in various aspects of the body-camera program.

During her testimony, Emily Gunston of the Washington Lawyers’ Committee (WLC), who has been working on behalf of the Alston family, offered to help write legislation she said could hold MPD more accountable in releasing body camera footage.

“On top of the pain of watching her son be killed, Kenithia Alston endured it without the support of her family and attorney when she was with the police who killed her son,” said Gunston, deputy legal director of WLC Committee for Civil Rights and Urban Affairs. “It’s fair to give Ms. Alston basic information.

“Other departments handle this differently in very simple ways,” Gunston said. “There was no reason why MPD couldn’t contact her and explain [what happened to her son]. If they had done that, we would be in a different position, but Ms. Alston is here to tell her story again. Surely now, they would’ve taken steps to allow the release of the video.”