National Bail Out to #FreeBlackMamas in Atlanta amid COVID-19 pandemic 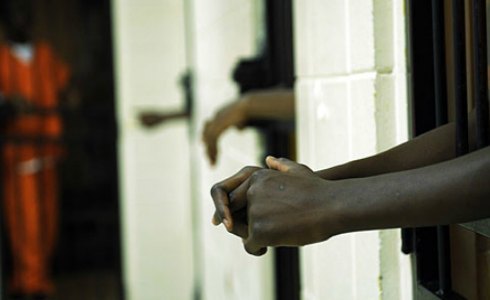 Today, in response to the current moment of coronavirus crisis and to the disastrous response by local, statewide and national governments, National Bail Out issued the following statement:

“We understand that people on the margins are the most vulnerable to the impacts of coronavirus, and to the failures of the government to contain it. As Black people who have been directly impacted by the systemic oppression of anti-Black racism in all its shapes and forms, we deeply appreciate the maxim, ‘When America catches a cold, Black people catch the flu.’

As a collective of Black abolitionist organizers and lawyers, we also know that Black folks, particularly those caged, are especially vulnerable to illness and even death during this time of the novel outbreak. People who are incarcerated cannot practice social distancing inside a cage. There is no possibility of public health where they are confined, as evidenced by the proliferation of confirmed cases throughout detention centers and jails nationwide.

With fully intentional spirits and emboldened hearts, and in the spirit of freeing ourselves, National Bail Out announces today that we will begin bailing out Black mamas and caregivers now through May, to ensure our people are alive, well and safe for Mother’s Day and beyond.

We recognize our responsibility to ourselves, to the folks we are freeing and to those around us — especially now. The situation is far too urgent and the stakes far too high to waste another moment waiting for government action. As a result, we will provide safe housing options, weeks’ worth of groceries and holistic supportive services to every mama and caregiver we bailout. We are taking action to free our folks in solidarity with the demands and bold actions by members of the National Bail Out collective and comrades across the nation to (1) free people from jails, prisons and detention centers and (2) to end the arrest and detention of our people during this pandemic.

National Bail Out stands firmly in the demand that our people be released from cages to #FlattenTheCurve and provided with safe non-punitive housing options and care, while carrying our Black queer feminist mandate to center those who have been historically marginalized and harmed by anti-Black racism, sexism, homophobia, transphobia, classism and ableism, resulting in their criminalization and caging. We are deeply proud to see our comrades’ successful organizing has resulted in the release of people all across the country, contributing to a fuller abolitionist narrative highlighting our society’s instinct — even in the midst of global crisis — to keep criminalizing and punishing under the guise of public health.

These bailouts, however, are for the Black mamas and caregivers who desperately need them; these are not bailouts for public officials. This announcement does not absolve the failures of our government to protect legally innocent women in the wake of this unprecedented crisis. As bailouts begin nationwide, government officials must be reminded that it is their duty – not ours – to release incarcerated people to safety.

We believe in multi-tactical organizing for us to survive, to thrive and to win. These bailouts are a tactic. Our demands are a tactic. Holding elected officials accountable for their actions in this crisis is a tactic. The provision of mutual aid to those in cages and to your neighbors is a tactic. We need all of these tactics now, more than ever.”

National Bail Out is collecting donations for the project, which raised more than a million dollars last year alone.

The post National Bail Out to #FreeBlackMamas in Atlanta amid COVID-19 pandemic appeared first on Atlanta Daily World.