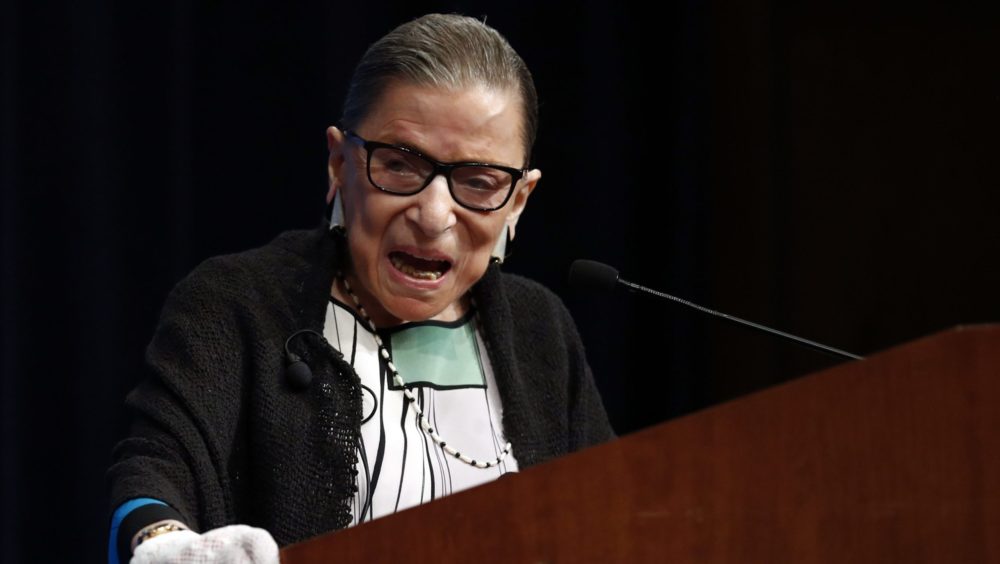 My heart is broken over the passing of my shero, Supreme Court Justice Ruth Bader Ginsburg. But as Ella Baker’s words declared and were written and set in music by Bernice Johnson Reagon:

“We who believe in freedom cannot rest until it comes.”

And that is why we must honor our sister, Justice Ruth Bader Ginsburg, by carrying on her relentless work for the emancipation of women, and the equality of all under the law.

Among Justice Ginsburg’s many critical judicial opinions were those involving disability rights, gender equality and affirmative action. The second woman appointed to the Supreme Court, she stood firmly against discrimination leveled against her because she was a woman and a Jew.

Her experiences as a woman and a mother, together with her superior intellect, shaped a legal philosophy firmly opposed to all forms of discrimination against marginalized people. She wrote bluntly in 1986, “to pretend that [affirmative action is unconstitutional] is to pretend that history never happened and that the present doesn’t exist.”

We all remember our sister’s fearless dissent from the 2013 Supreme Court decision to remove voting rights protections. Indeed it was that dissent that earned her the nickname “Notorious R.B. G.” When I vote in the November 3rd election, her name will be among the names of our heroes and sheroes that I will call. The sincerest tribute that can be paid to Justice Ginsburg is to vote and urge everyone we know to do the same.