[Op-Ed]: A Call to Black Leaders to Condemn Antisemitism 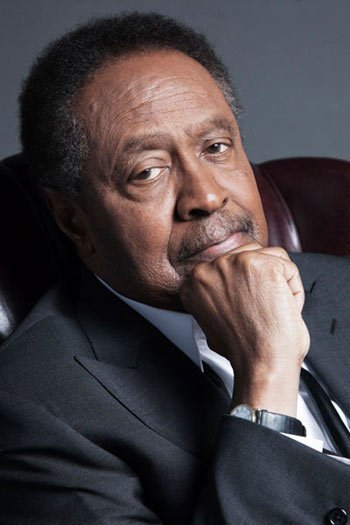 By Dr. Clarence B. Jones

Recently, while watching the news, I was saddened, like many Americans to hear of the Jersey City shooting, an incident of blatant antisemitism against the orthodox Jewish community, in which two armed assailants stormed a kosher market killing four innocent people and losing their own lives. With the rise of hate crimes in America, I was saddened, but not surprised. But when it later came to my attention that the perpetrators of the violence were Black, I must admit that I was shocked. As the main recipients of America’s bigotry, we ought to know better. To imitate the actions of one’s oppressor is to become the oppressor. That was the brilliance of the American Civil Rights Movement led by a commitment to non-violence, for indeed as Dr. King taught, “the ultimate weakness of violence is that it is a descending spiral, begetting the very thing it seeks to destroy. Instead of diminishing evil, it multiplies it.”

Again, I woke up this morning, and heard the news: “An intruder with a large knife bursts into the home of a Hasidic rabbi in a New York suburb on Saturday night, stabbing and wounding five people just as they were gathering to light candles for Hanukkah, officials and a witness said”.

I Thought, “O no, not again!” Then, I continued, “Hope the person who did this was not Black!” My shock turned to dismay when it was revealed that the machete-weilding intruder was indeed a black man.

The history and ill-effects of racism perpetuated against the African American community requires that we know better, and thus do better — that we express our differences and grievances by a more enlightened means, which is the great lesson of the American Civil Rights Movement, of which I was honored to play a part. King is quoted as saying, “Somewhere somebody must have some sense. Men must see that force begets force, hate begets hate, toughness begets toughness. And it is all a descending spiral, ultimately ending in destruction for all and everybody. Somebody must have sense enough and morality enough to cut off the chain of hate and the chain of evil in the universe. And you do that by love.”

When I was 29, and Dr. Martin Luther King, Jr. was 31, from Feb 1960 to April 4th, 1968, date of his assassination, I served first as a political advisor, then personal lawyer and draft speechwriter (excluding his sermons) for Dr. King. No African American leader of his stature worked and spoke so unequivocally against anti- Semitism.

Now, 89 in ten days, and Director of the University of San Francisco’s Institute for Nonviolence and Social Justice, I thought to myself, “What would Martin Say?” What would he expect ME to say and do?

Dr King would remind me that in 1936, Martin Niemoeller, a Lutheran Minister and early Nazi supporter, later imprisoned for opposing Hitler’s regime said:

“First, they came for the socialists, and I did not speak out—because I was not a socialist.

Then they came for the Jews, and I did not speak out—because I was not a Jew.

Throughout this year, the Anti-Defamation League and others have repeatedly cited the unprecedent incidents of antisemitic terror occurring in our nation. As Rabbi Joachim Printz memorialized in his speech immediately before Dr. King took the podium at the March on Washington, he said these words, “When I was the rabbi of the Jewish community in Berlin under the Hitler regime, I learned many things. The most important thing that I learned under those tragic circumstances was that bigotry and hatred are not the most urgent problem. The most urgent, the most disgraceful, the most shameful and the most tragic problem is silence…America must not become a nation of onlookers. America must not remain silent”.

I believe that King would call upon the moral leaders of the Black community to lift their voices in support of our Jewish brothers and sisters, a community from out of the trauma of the Holocaust, understood persecution and hate, that stood with the Black community during the Civil Rights Movement. I know because I was there. I made the phone calls to Jewish labor leaders and donors, attorneys, educators and rabbis. So today, I call upon the African American community to condemn antisemitism with the same vigor that we condemn its evil twin of racism.

Next month, Jan 15th, 2020, our nation will again commemorate our national weekend celebrating the legacy of Dr. King. The twin issues of ubiquitous gun violence and resurgent anti-Semitism and racism should be the cornerstone of next year’s commemoration of Dr. King’s 91st birthday. And please consider joining me and other leaders across the nation in partnering with the Philos Project’s campaign against antisemitism and racism as they provide leadership and education on this issue. Visit www.philosproject.org or email info@philosproject.org for more information.

Dr. Clarence B. Jones is the Director of The USF Institute for Nonviolence and Social Justice, and the former personal attorney and speechwriter to Rev. Dr. Martin Luther King, Jr.